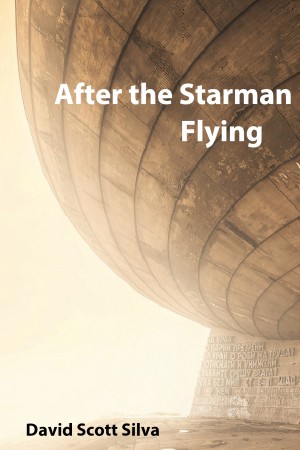 After the Starman Flying

David Scott Silva is a science-fiction novelist and poet. Born and raised in Los Angeles, David spent twenty years before creative fiction writing as an award-winning newspaper and magazine reporter, editor and columnist for the Los Angeles Times and Southland Publishing Co.

David lives in Riverside California with his wife, University of California, Riverside Adjunct Professor Sharon Burton, and their animals: Australian shepherd, Gus, and Italian cat, Marley. He is currently marketing his first science fiction novel, After the Starman Falling, part one of a planned trilogy.

In December 2013, David was diagnosed with terminal kidney cancer. He died in April 2016, at home with his wife and animals.

You have subscribed to alerts for David Scott Silva.

You have been added to David Scott Silva's favorite list.

You can also sign-up to receive email notifications whenever David Scott Silva releases a new book.