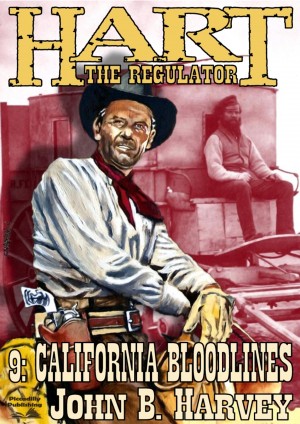 Initially a teacher of English and Drama, the novelist John Harvey began writing in 1975, and now has over 100 published books to his credit, most recently a collection of short stories, A Darker Shade of Blue, and a novel, Good Bait. The first of his celebrated Charlie Resnick novels, Lonely Hearts, was named by The Times as one of the 100 most notable crime novels of the last century. Flesh and Blood, the first of three Frank Elder novels, was awarded both the British Crime Writers' Association Silver Dagger and the US Barry Award in 2004. In 2007 he received the CWA Cartier Diamond Dagger for Sustained Excellence in Crime Writing, and in 2009 he was made an honorary Doctor of Letters by the University of Nottingham. A published poet, John ran Slow Dancer Press for nearly twenty years; in addition, he has written many scripts for television and radio, including dramatisations of novels by Graham Greene and A.S. Byatt and (with Shelley Silas) Paul Scott's The Raj Quartet. John was one of the original 'Piccadilly Cowboys' and Piccadilly Publishing is proud to reissue his Herne the Hunter series, which was co-written with Laurence James under the name 'John J. McLaglen'.

Learn more about John B. Harvey

About the Series: A Hart the Regulator Western

Wes Hart is an ex-soldier, ex-Texas Ranger, ex-rider with Billy the Kid. He's tough, ruthless, and slick with a .45. Now he's for hire, and he doesn't come cheap ...

Also in Series: A Hart the Regulator Western

You have subscribed to alerts for John B. Harvey.

You have been added to John B. Harvey's favorite list.

You can also sign-up to receive email notifications whenever John B. Harvey releases a new book.