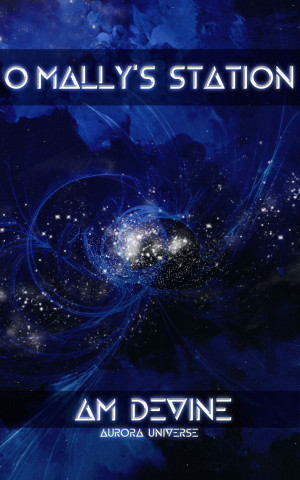 AM Devine is an indie author based in southwest Tennessee. She enjoys annoying her two cats, Laird Inkspot and Tsar Nicholas, as well as wandering around Azeroth when she's not commanding Federation starships or playing other various games on PC and Playstation.

She's been writing, mostly for herself, for nearly 20 years. She joined in the great adventure of NaNoWriMo back in 2004 - and figured out her formula to crossing the finish line in 2009. She's been highly active in her region since 2009, and 2015 marks her second year as Municipal Liaison. 2009 also marked her first encounter with a professional in the writing and publishing industries, and after said professional told her that she had something going for her, she decided to suck it up and embark on her dream of being a published author, support or no support from the people around her.

Learn more about AM Devine

Wow! When I downloaded this, I didn't think it'd be this good. While I don't normally read a lot of sci-fi, I definitely want to see more of this universe. The characters and conflict are dynamic and leave you just waiting to know what happens next! Kudos to AM Devine and I hope to see more from her soon!

You have subscribed to alerts for AM Devine.

You have been added to AM Devine's favorite list.

You can also sign-up to receive email notifications whenever AM Devine releases a new book.