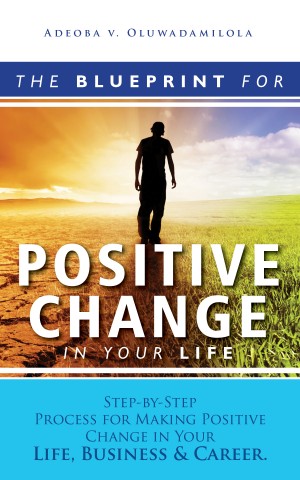 The Blueprint For Positive Change In Your Life

Vincent Adeoba is no doubt one of the young Nigerians contributing immensely to the betterment of his country. Despite his poor background which made him to hawk pepper in the market for many years at the age of ten, he is moving at a fast pace in becoming one of the Nigeria’s most celebrated writers and motivational speakers with the success of various books he has written.
He has organised programs that have impacted many lives positively. He is the Co-founder and President of Joy2Humanity Group, a non-governmental organisation devoted to raising youths who will be problems solvers rather than mere citizens. Though still in twenties, he is already one of the most sought after speakers in conferences and seminars in the country.
The former President of Nigerian Universities Accounting Students Association (NUASA) Obafemi Awolowo University Chapter is also the founder and President of Joy2Humanity School of Public Speaking. Adeoba is an Orator, Prolific Writer, Entrepreneur, visionary, Educator, Netprenuer and Public Speaker who has travelled far and near to impact lives. He graduated from the prestigious Obafemi Awolowo University, Ile-Ife in 2015 where he studied Management and Accounting.He is also the CEO of transformationambassador.com

You have subscribed to alerts for Vincent Adeoba.

You have been added to Vincent Adeoba's favorite list.

You can also sign-up to receive email notifications whenever Vincent Adeoba releases a new book.