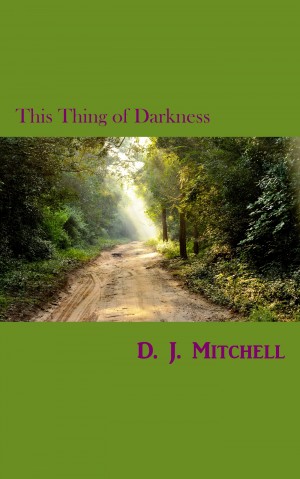 This Thing of Darkness (Second Edition)

Based on an actual journey the author made while working for peace in Sri Lanka, This Thing of Darkness is more than a travelogue. It explores the roots of war, and suggests that what Sam Winslow learns in Sri Lanka can be applied to many conflicts in the world.

I’m a wanderer. I grew up in a small town in New Hampshire, and moved to Los Angeles when I was nineteen. In 1993, I volunteered in Sri Lanka and Thailand for 18 months, and made several more trips over the years. Eventually, I joined a team that worked to end the Sri Lanka civil war, and helped bring about a cease-fire there.

In 2004, I settled in rural southern Utah, where I raised goats and made cheese for eight years. In 2014, I became a father, and there weren’t enough hours in the day for cheesemaking anymore.

In 2016, I moved with my family to Harrisonburg, VA, so I could attend Eastern Mennonite Seminary.

I’ve loved writing since I was a child. I began my first novel at age thirty, and it’s not finished yet. My first published novel, Ordinary World, came out in 2012 and received great reviews. Now that I’m otherwise unemployed, writing allows me to work while still having the flexibility to be a good father.

About the Series: Sam Winslow, Peacemaker

Former accountant Sam Winslow travels the world helping to end wars. But making peace is not the safest occupation. War zones, political hardliners, terrorists and insurgents are just a few of the challenges he faces. Sometimes, the best he can do is stay alive!

You have subscribed to alerts for D.J. Mitchell.

You have been added to D.J. Mitchell's favorite list.

You can also sign-up to receive email notifications whenever D.J. Mitchell releases a new book.