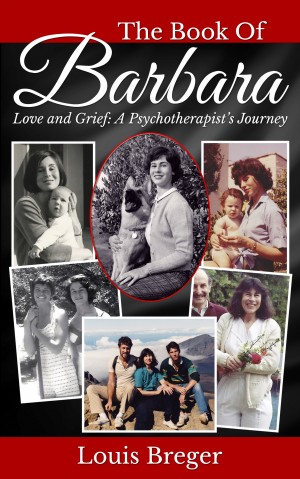 The Book of Barbara: Love and Grief: A Psychotherapist's Journey

One might ask, “Why write—or read—a book about this woman?” Barbara accomplished a few important things—founded a Free Clinic; co-authored a biography of Freud—but was hardly famous. In fact, she was not much known outside her circle of friends, family, and a few others. But she had a transformative influence on the small number of people who knew her intimately, and that is precisely the point.

Barbara’s impact was personal and individual. While intellectually gifted and beautiful, she lived her life by values that are no longer much in fashion. She was a devoted mother and grandmother, a loving wife, an interested and compassionate friend. Most of what Barbara did would not count as “achievements” by today’s standards. Her impact came from direct personal contact: the way she was with each person in her life and how she affected them.
The larger point of this book will be to show the value of this unusual way of living.

Louis Breger is an American psychologist, psychotherapist and scholar. He is Emeritus Professor of Psychoanalytic Studies at the California Institute of Technology.

In 1990, he and a group of colleagues created the Institute of Contemporary Psychoanalysis (ICP) where he was the Founding President from 1990 to 1993. ICP reflected Breger’s commitment to an open, democratic form of education as a non-hierarchical training institute.

You have subscribed to alerts for Louis Breger.

You have been added to Louis Breger's favorite list.

You can also sign-up to receive email notifications whenever Louis Breger releases a new book.