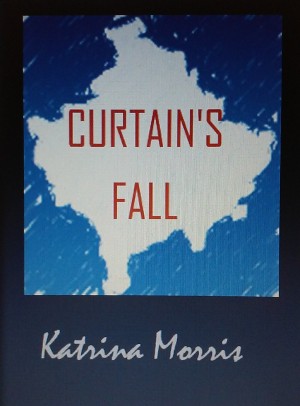 By Katrina Morris
What would you do if you found out a conflict brewing halfway across the world was the result of a thirty-year CIA operation- and that one of your parents was somehow involved? When political analyst Kate Bennett finds herself in this situation, she partners with an arresting Army captain to uncover the truth. Can the couple avoid the crosshairs of a rogue assassin long enough to stop the war?
Download: epub mobi (Kindle) pdf
Price: Free! USD
Add to Library
Create Widget
Tags: chicago genocide cold war milosevic kosovo war intelligence analyst nato war cia action fiction heroine thriller spy army military conspiracy operation horseshoe racak
About Katrina Morris

When Joint Task Force Noble Anvil commenced in early 1999, Katrina supervised a handful of analysts who worked around the clock to provide real-time intelligence on the ground situation in Kosovo to Joint Task Force commanders.

You have subscribed to alerts for Katrina Morris.

You have been added to Katrina Morris's favorite list.

You can also sign-up to receive email notifications whenever Katrina Morris releases a new book.