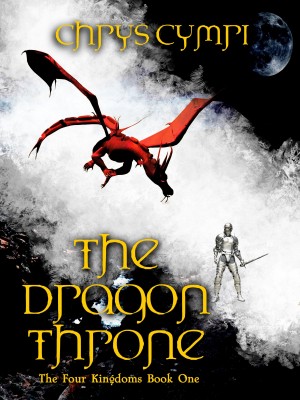 By Chrys Cymri
Rated 5.00/5 based on 2 reviews
How far should Fianna go to claim the Dragon Throne? She faces division amongst the royal knights after the death of her father, and in desperation summons the dragons to support her claim. The dragon's challenge will take her to their Sacred Mountains, and her loyalties will be tested as she is befriended by one of their enemies, an injured unicorn. A story of love, friendship, and betrayal. More
‘You have only one part of the Summoning Ring,’ said the dragon to Fianna. ‘And neither the knowledge nor the strength to use it even if it were complete.’
Fianna is the only child of King Stannard and Queen Fiona, and has always expected to become the next Keeper of the Dragon Throne. She exiles herself from the court when her father decides to take a second wife. Recalled to Secondus castle after Stannard’s death, she has to contend with the split loyalties among the royal knights. In desperation, she agrees to summon the dragons to support her claim to the throne. Their challenge sends her to meet them in their Sacred Mountains.
In the woods of the unicorn herd, the Prancer loses his milk-brother to an attack by a dragon. He travels across the human kingdoms to seek the killer, discovering the complexities of human relationships and the delights of ale along the way.
They meet at the Sacred Mountains. And so begins a story of love, friendship — and betrayal.

First 20% Sample: epub mobi (Kindle) lrf more Online Reader
pdb
Price: $3.99
Free! USD
Buy with coupon Use the code AG100 at checkout to get this book for free during our site-wide promotion!
(Offer good through May 31, 2020 )
Have a better coupon?
Add to cart, then apply your coupon
Add to Library Give as a Gift
How gifting works
Create Widget
Tags: dragon unicorn fantasy action adventure fiction novel epic saga
About Chrys Cymri

Priest by day, writer at odd times of the day and night, I live with a small green parrot called Tilly because the upkeep for a dragon is beyond my current budget. Plus I’m responsible for making good any flame damage to church property. I love ‘Doctor Who’, landscape photography, single malt whisky, and my job, in no particular order. When I’m not looking after a small parish church in the Midlands (England) I like to go on far flung adventures to places like Peru, New Zealand, and North Korea.

I could not stop reading this book. The characters and beasts were well developed and were tied in with each other nicely. Must follow the series to see how it all end ssh

This fantasy story is relatively light on action, but heavy on intrigue. And that's fine if you do it well, which Chrys Cymri HAS done. The Four Kingdoms are those of the unicorns, dragons and two of the humans bound to each of those creatures. When a noble unicorn on what turns out to be a journey of self-discovery crosses paths with a princess seeking to become Queen of the Dragon Throne, things may turn out differently than you would expect. Although this story has good length (90,000+ words), it flows like a breeze, and it is a cinch to read through. The climax is a real curveball that may have you striking out on your guesses as to what it would be. Admittedly, there are more typos and errors in the later chapters than in the earlier ones, but they are still not terribly frequent in their appearances. A fine tale, and I look forward to reading the rest of this series to see how this story turns out.

You have subscribed to alerts for Chrys Cymri.

You have been added to Chrys Cymri's favorite list.

You can also sign-up to receive email notifications whenever Chrys Cymri releases a new book.