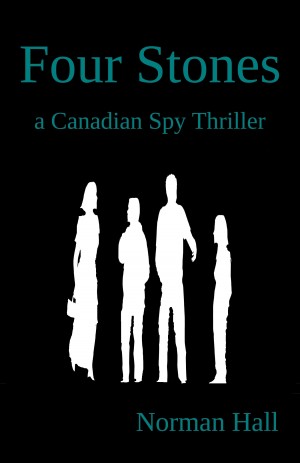 Canadian psychologist David Stone is in trouble. He has a dead body he doesn't know what to do with. CIA agent Rita Brickston is also in trouble. Russia's SVR must silence her to protect their mole in the CIA. Rita's flight from the SVR across Europe to North America converges on the Stone family, and they are drawn into a lethal game for survival in the dark world of international espionage. More
Canadian psychologist David Stone finds a dead body in the trunk of his car just after crossing the Canada/United States border. He doesn't know at the time the discovery is going to be the best thing that happens to him for the next eighteen hours.

When CIA agent Rita Brickston, dressed to kill, goes in to the Turkish Embassy in Bern, Switzerland she gets what she wants. A microdot. It is a microdot of great value containing the name of a Russian SVR mole inside the CIA. Alone, all Rita has to do now is get herself and the information safely back to the United States.

Alexei Petrovsky is a man with an ethical code. He is also ruthless, deadly and one of the best Russian counter-intelligence has. His mission is simple. Stop Rita Brickston. What ensues is a deadly game of cat and mouse that begins in Bern and leads on a crooked trail through Europe, Upstate New York and Southern Ontario to the door of David and Mary Stone and their two children. What follows for the Stone family is a perilous journey into the dark lethal world of international espionage. A world that cares little for the life of ordinary citizens.
Available ebook formats: epub mobi pdf rtf lrf pdb txt html
First 20% Sample: epub mobi (Kindle) lrf more Online Reader
pdb
Price: $2.99 USD
Buy Add to Library Give as a Gift
How gifting works
Create Widget
Tags: plot twists nailbiter humourous moments
About Norman Hall

I was born in Yorkshire, England. As a pre-teen I moved to Canada with my family to St Catharines, Ontario where I attended high school. As a young man I moved to Massachusetts where I received undergraduate and graduate degrees. I am an ordained minister and as such served a parish in Dedham, Massachusetts before leaving parish work to head up an adolescent residential program.
After returning to Canada I worked as an Executive Director of a large social service agency in Hamilton, Ontario for thirteen years. At 50 I returned to university and received certification as a Teacher of English as a Second Language from the University of Toronto. I worked as an instructor at the University of Toronto, Seneca College and the Toronto District School Board where I became a LINC Personnel Officer prior to retirement.
I co-authored two text books on English pronunciation and edited several text books on English Grammar Fluency. FOUR STONES is my first novel and a short story has been accepted for publication by "Canadian Stories". I have two children, now fully grown, living in Massachusetts and currently reside in Toronto with my partner Karen.

You have subscribed to alerts for Norman Hall.

You have been added to Norman Hall's favorite list.

You can also sign-up to receive email notifications whenever Norman Hall releases a new book.