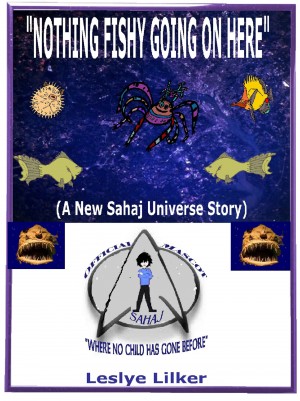 Nothing Fishy Going On Here

My mother hooked me on Star Trek when I was 16. As I was leaving for a date, she said, "Watch this. There's an alien guy I think you'd like." We sat down to watch the first airing of "Amok Time" and needless to say, I didn't go on the date.

The first half of my life was spent in New York, mostly on Long Island where I was, and still am, an average person, the student who doesn't cause much trouble and so is overlooked. Then I moved to California, then to New Hampshire, and for the last twenty years I have been living in Little Rock, Arkansas, of all places, where I am a certified teacher of ELA and ESL.

I have a grown-up daughter who grew up on Trek and my Sahaj series. It was she who started the ball rolling to get me to resume the saga. The series, active in my fanzine IDIC from 1978 to 1984 won a Fan Q in 1980 ish. It was through the generosity of trek fandom's LoCs that I have been honing my writing skills.

I started training dogs when I was 7 and went pro in my late teens. I've taught obedience, agility, S&R, service dogs, and a little bit of protection work. I have also exhibited dogs in most of those same venues. In 2002 I began the first Reading Buddies program in Arkansas, where kids struggling with literacy could read to certified therapy dogs.

My passions are: teaching, reading, writing, dogs, growing things, homeopathy, and of course, Original Trek. I like the TV series that followed too. Reboot? Uh... not so much, although I think Zachary Quinto would have made a marvelous Sahaj.

About the Series: GEMATRIA 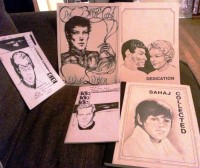 This is the Sahaj Universe Saga from beginning to end, in chronological order. Each story will be identified by Sahaj's age at the time. For example, "Loved I Not Honor More" is the Ground Zero for his conception. "The Ambassador's Son" would be Gematria 10.4 THE FORGING would be Gematria 11.6 (11 1/2).. This is Star Trek TOS fanfic done on a professional level. If you like Vulcans, if you like TOS, you might well like this series.

Reviews of Nothing Fishy Going On Here by Leslye Lilker

You have subscribed to alerts for Leslye Lilker.

You have been added to Leslye Lilker's favorite list.

You can also sign-up to receive email notifications whenever Leslye Lilker releases a new book.