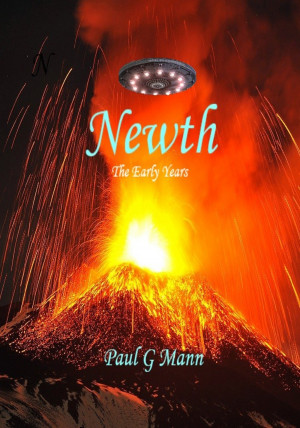 By Paul G Mann
The aftermath of an intergalactic war is the setting in this epic confrontation between good and evil. Humans abducted for food and sport are hunted on alien worlds. Newth, the early years is the beginning of humanities fight against the alien hunters and the dark evil of their masters as they attempt to conquer the Galaxy. Only a handful of humans stand in their way, will they be enough? More
This publication is a re-write and amalgamation of The Ne’athian Archives, books 1 and 2 ‘Prophecy’ and ‘Change’. The story lines are basically the same with some additions and deletions in an attempt to have the story flow a little bit better.

A dark menace spread across the Galaxy; evil and all consuming decimating all the life in its path. Civilisations fell under its slow compelling march, nothing could stand against it. 20,000 souls fled across intergalactic space; 20,000 survivors, all that was left from a planet of billions. Weakened and decimated they discovered how to defeat the Huricanas hive too late; they were weak and needed someone with the mental strength to face the Huricanas mind. The Huricanas pursued them, their only salvation the vastness of space between the galaxies. The Pathosian knew this as they knew the Huricanas would not give up; they would follow them and continue their decimation of life as they did so. The Pathosian needed time, time and the creation of a being so powerful even they trembled at the thought of what they might unleash in to the universe.

The war with the Huricanas had made them aware of how they infiltrated and overcame the societies they so easily subjugated, eventually conquered and eradicated; behind them lay a trail of devastation. Once proud populations and peoples gone, destroyed in a savage reign of terror until the last had been slaughtered and the Huricanas in their never relenting quest turned to their next victim. Only the Pathosian out of hundreds of races had been able to offer some form of resistance but it was too little and too late as the Huricanas used the Pathosian’s own defences against them.

Would Henry and his great, great, great grandmother Joanne be the ones the Pathosian so patiently built and waited for? Would they have the time to counter the Huricanas march, was it one of them who could wield the power of the Pathosian ancients or would they too crumble and fall beneath the might of the Huricanas hive mind? Before the Huricanas the Hunki stood in their way, a warrior race who hunted humans for sport and food, driven by the Huricanas the Hunki became part of the hive evil, stooping to barbaric practices at the hive masters command. Before the Huricanas Henry and Joanne had to combat the Hunki, combat them and defeat them. Technologically the Hunki were vastly superior to humans, only a miracle and the mental abilities gained from their Pathosian ancestry gave them hope.

Joanne is a lowly scullery maid who is thrust into the realm of galactic politics, unknown to her she is destined to become one of the galaxies most potent telepaths guided by the hand and mind of her ancestor. Book one is her story; how she changes from a timid maid to a self assured young woman capable of taking on the Huricanas, but she needs help, the hive mind is all consuming and powerful and she had no option but to flee across the Galaxy to escape the Huricanas wrath.

Book two follows Henry. Born with a strong telekinetic ability he thought himself a misfit until he awakens on an alien ship. He was the prey of a species intent on setting him free on an alien planet and then hunting him for food and sport. Like his great, great, great grandmother Joanne, he is alone and needs help. Where would he find it? Could he find it on a planet with Stone Age weapons and most important, could he engage in a war against a race vastly superior in technology and hope to win?
Download: epub mobi (Kindle) pdf more Online Reader
rtf lrf pdb txt
Price: Free! USD
Add to Library
Create Widget
Tags: galactic empire esp alien abduction metamorphosis interstellar war telepathic abilities intergalactic war telepathic powers alien conquest
About Paul G Mann

Writing never came easy to me, even at school but somewhere inside me I always thought I had a story to tell. Before word processors and spell checks the bringing up of a family and out working to support them took precedence over such things as writing and as such setting my story down on paper was the least of my priorities.
Things changed in 2007 when I suffered a heart attack which effectively ended my working life. My first computer back in 1988 was an old Amstrad word processor that allowed me to take work home from the office without the need of a ream of paper and white correction fluid. All I needed was a small three inch disc that fitted quite nicely into my pocket. It made letter writing so much easier and renewed my interest in writing although at that time I didn’t pursue it.
I have had a large and varied working life to give me inspiration. I was a seaman for three years in my teenage years; I worked as a bus conductor on leaving the sea to raise a family before training as a plasterer and working in the building industry. A telecommunications factory offered better pay and conditions so I moved into the production of telephone exchanges for six years until securing a job in BT for seventeen years until made redundant in 1992. Ultimately I worked as a private hire taxi driver until illness forced me to stop.
I am twice married with 3 children of my own (all grown up and flown the coup now) and 3 step children (also flown away). My present wife Gillian is a rock to me and who without her support and encouragement this book may never have been finished for publication. So if you don't like it blame her not me.
The heart attack changed my life. I had to find something to occupy my mind and soon decided the best thing I could do was write. I readily admit I am not and probably never will be the most gifted writer in the world but as an exercise in keeping the old grey matter in working order it cannot be surpassed.
My major problem was I had two tales running through my head, one a romance the other; out and out sci-fi. It was after finishing the sci-fi tale and setting the romance down on paper I eventually came up with the brainwave of combining the two, hence this, the first book in my little saga is in fact a prequel to the second with just a little alteration to the story-line to make them fit.They are all ready for reading in e-book format from Smashwords and Paperback from http://www.Feedaread.com (cheaper at smashwords} 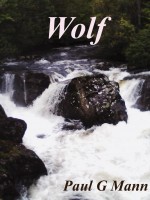 You have subscribed to alerts for Paul G Mann.

You have been added to Paul G Mann's favorite list.

You can also sign-up to receive email notifications whenever Paul G Mann releases a new book.