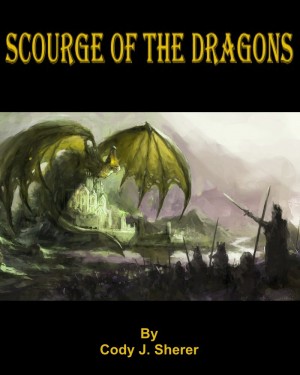 Scourge of the Dragons

Born and raised in Southern California, Cody J. Sherer was always fascinated with Science Fiction, Fantasy, and other similar genres of movies, books, and shows. He began his writing career at the age of 20, though he did not publish his book until a few years later. His journey from reader to writer started when a friend had the idea of writing a non-fiction book of short stories together. At the time, the then Accounting major thought that writing sounded enjoyable. They began writing the book and writing stuck with Cody. Now, he mostly writes Sci-Fi and Fantasy, but also tends to dabble in Mystery and Detective genres as well. You can find his books on Amazon and Smashwords. Cody is currently working on more books that are scheduled to be released out in the coming months and years.

You have subscribed to alerts for Cody J. Sherer.

You have been added to Cody J. Sherer's favorite list.

You can also sign-up to receive email notifications whenever Cody J. Sherer releases a new book.