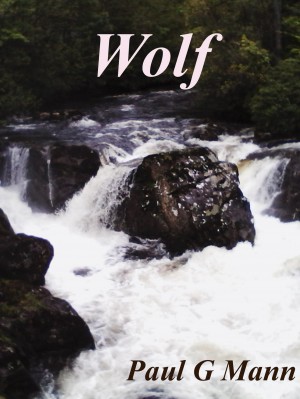 Long before the story of Newth began, Fredrick Marchland earned survival hunting Rippers and the fighting the Hunter killers known as the Hunki He had been a young castaway, shipwrecked while sailing on a privateer in the vast South Pacific Ocean before the hated Hunki rescued him from his island home and left him with thousands of others to fend for themselves on a hostile planet far in the reaches of space.

He was the most feared and respected hunter on the planet where both Rippers and Hunki hunted humans for food and sport. Living on nothing but his wits armed only with a bow and arrow and a knife, Fredrick Marchland hunts Rippers for a living and kills Hunki warriors without mercy, both acts thought impossible by his fellow natives on this strange planet they have been left on.

Civilization is a dream; most of humanity lives in dirty, disgusting filth in underground tunnels to hide from the Hunki hunters. Fred roams the woods and forests hunting and watching the sky’s in his quest for survival. It’s a lonely existence but preferable to the conditions underground; in the woods and forests he can breathe fresh air, eat fresh food and not have to look over his shoulder watching for thieves and murders after his hard earned goods.

It was a lonely existence but one born out of necessity on a planet that one wrong step meant death. He was an expert in his craft and deadly with knife and bow; fabled among his own kind he used both weapons without mercy against the hunters, animal and alien, who thought humans were nothing more than a food source.

One day the Hunki would pay for what they did to the men and women on Newth, until then he would hunt Rippers, the other scourge on this planet that had the rest of humanity trembling in fear. He would hunt, he would kill and he would live for the day he could wage war on the Hunki.
Download: epub mobi (Kindle) pdf more Online Reader
rtf lrf pdb txt
Price: Free! USD
Add to Library
Create Widget
Tags: novella alien abduction free book survival fiction survival adventure survival against the odds book about aliens alien hunters
About Paul G Mann

Writing never came easy to me, even at school but somewhere inside me I always thought I had a story to tell. Before word processors and spell checks the bringing up of a family and out working to support them took precedence over such things as writing and as such setting my story down on paper was the least of my priorities.
Things changed in 2007 when I suffered a heart attack which effectively ended my working life. My first computer back in 1988 was an old Amstrad word processor that allowed me to take work home from the office without the need of a ream of paper and white correction fluid. All I needed was a small three inch disc that fitted quite nicely into my pocket. It made letter writing so much easier and renewed my interest in writing although at that time I didn’t pursue it.
I have had a large and varied working life to give me inspiration. I was a seaman for three years in my teenage years; I worked as a bus conductor on leaving the sea to raise a family before training as a plasterer and working in the building industry. A telecommunications factory offered better pay and conditions so I moved into the production of telephone exchanges for six years until securing a job in BT for seventeen years until made redundant in 1992. Ultimately I worked as a private hire taxi driver until illness forced me to stop.
I am twice married with 3 children of my own (all grown up and flown the coup now) and 3 step children (also flown away). My present wife Gillian is a rock to me and who without her support and encouragement these books may never have been finished for publication. So if you don't like them blame her not me.
The heart attack changed my life. I had to find something to occupy my mind and soon decided the best thing I could do was write. I readily admit I am not and probably never will be the most gifted writer in the world but as an exercise in keeping the old grey matter in working order it cannot be surpassed.

All my work is ready for reading in e-book format from Smashwords and Paperback from http://www.Feedaread.com (cheaper at smashwords}

You have subscribed to alerts for Paul G Mann.

You have been added to Paul G Mann's favorite list.

You can also sign-up to receive email notifications whenever Paul G Mann releases a new book.