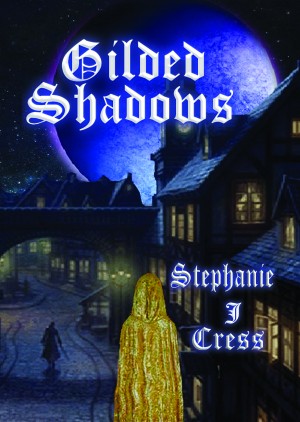 By Stephanie J Cress
In the city of Old Dominion, knowing the truth can get you killed. More
The citizens in the city of Old Dominion live together in harmony, except for those of mixed race. The Sunfolk Church has decided the Mixed are second-class citizens because they cannot bear children. But through her research, Dela discovers they can, and the church will do anything to keep her quiet. They send an assassin who studies his targets until he finds his own reason to kill. But when it comes to Dela, the he cannot justify her execution. Caught up in Dela’s revolution, he falls in love, and questioning his employers for the first time in his career, the assassin discovers the contract he made is unbreakable and not completing the job will still cost lives – Dela’s and his.

Stephanie J. Cress has lived in a fantasy world for as long as she can remember. From an early age, she told herself stories to help her sleep and to keep herself entertained on long rides across the country (and as an Army brat, those happened a lot). In 2001, she received her bachelor’s degree in geology but it wasn’t until the 2007 NaNoWriMo challenge she put those skills together to create the people and the landscape of Gilded Shadows. It is now the first of a five book series.,titled, The Elements Of Discord.
She lives in Northern Arizona with her Siamese cat, Jack

You have subscribed to alerts for Stephanie J Cress.

You have been added to Stephanie J Cress's favorite list.

You can also sign-up to receive email notifications whenever Stephanie J Cress releases a new book.