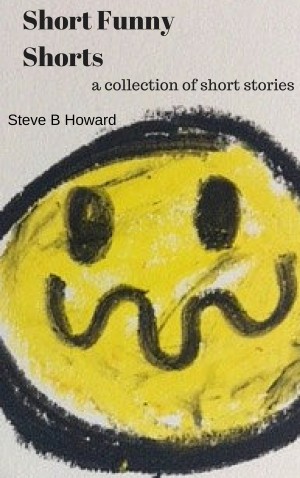 By Steve B Howard
A young tough tries to entice a girl and fails, God directs a holographic universe movie and runs into some major snags, and two boys in Mexico set off on a journey to destroy a killer rooster. Humorous tales written to bring a smile to your face.
Download: epub mobi (Kindle) pdf more Online Reader
lrf pdb txt
Price: Free! USD
Add to Library
Create Widget
Tags: fiction short stories stories about kids
About Steve B Howard

Steve Howard is currently living in Nagoya, Japan and working as an English teacher. He has published short stories, poetry, and creative non-fiction in the following literary journals:

Summer times a Burning in Japan and The Dead Along the River both published in Nagoya Writes 2006.

Algorithms of a Break up in Boundoff 2008

Fly Fishing Out of a Dead End Life Haibun Today 2015

He can be contacted at stevenbhowwrites@gmail.com

Other books by Steve B Howard
http://www.amazon.com/s/ref=ntt_athr_dp_sr_1?_encoding=UTF8&field-

Learn more about Steve B Howard

You have subscribed to alerts for Steve B Howard.

You have been added to Steve B Howard's favorite list.

You can also sign-up to receive email notifications whenever Steve B Howard releases a new book.