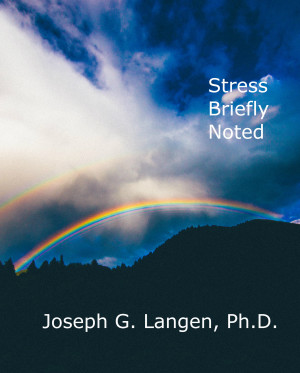 Here you will learn:

Born in Dunkirk, NY, he moved to Rochester, NY when his father returned from his navy duties in World War II. He considered being a priest, and spent nine years in the seminary and monastery. He was married for twenty nine years and raised three children. He is currently in a wonderful relationship and lives in Leroy, NY.

When he returned to the world at large after his monastery stay, he decided to explore psychology and switched from a philosophy major in the monastery to psychology and received his undergraduate degree from the State University of New York at Buffalo. He stayed in Buffalo to receive a master's degree in Rehabilitation Counseling. Then he moved to the University of Illinois for his Ph.D. in Counseling Psychology. Along the way during his training, Gowanda Psychiatric Center and Chenute Air Force Base Counseling Center gave him practical experience.

After graduating, he moved to Philadelphia where he worked for two years at Temple University Counseling Center. Next he spent two years at De La Salle In Towne, an experimental day treatment center for delinquent boys. Then he came back to Western New York and worked at Genesee County Mental Health in Batavia. Being in a rural area with limited resources, he learned to work with a great variety of people of all ages. After eleven years, he decided to return to Rochester where he grew up and took a job at DePaul Mental Health where he learned about family therapy, ending up as supervisor of the children's treatment program. By 1990, he felt ready to be more on my own and became an independent contractor at a practice in the Buffalo area. Eventually he moved the rest of the way into private practice and returned to work in Batavia. He has since retired from psychology practice and now writes full time. He also worked for three years as an AmeriCorps volunteer at GO ART! in Batavia, NY.

He began writing short stories in the 1980's for his own amusement and published one. In 1990. When he began private practice, he started writing a quarterly newsletter for his referral sources. Eventually he converted this to a biweekly newspaper column now published online as Sliding Otter News. These articles formed the basis of two of his books, Commonsense Wisdom for Everyday Life and: Navigating Life: Commonsense Reflections for the Voyage.

In light of his seminary and monastery background, he took an interest in the priest-sexual abuse crisis and thought back to his cloistered years. Pondering these years led to his memoir, Young Man of the Cloth. When he realized that no one had told the priest abuse story from the priest's point of view, he decided to write what he had learned from his research and personal experience about abusive priests as a novel, The Pastor's Inferno.

He has published the following books available in paperback and Ebook formats:

- Commonsense Wisdom for Everyday Life, thoughts on the events of ordinary life,

- Navigating Life: Commonsense Reflections for the Voyage, a book of reflections about life's joys and predicaments and what to do about them.

- Young Man of the Cloth- a memoir of the author's nine years in a Catholic seminary and monastery.

- The Pastor's Inferno- a novel about an abusive priest in search of redemption.

- Release Your Stress and Reclaim Your Life- a comprehensive look at what stress is, how it affects you and what you can do about it.

- Make the Best of Your Teen Years: 105 Ways to Do It. A book for teens consisting of poetry by a teen, stories about teens and narrative based on interviews with teens.

-From Violence to Peace- Understanding violence and learning how to deal with it in your life and in the world.

-How To Transform Your Anger and Find Peace- Understanding your anger and that of others and how to deal with it constructively.

-Stress Briefly Noted is a condensed version of Release Your Stress and Reclaim Your Life, available FREE in Ebook format only from various distributors.

What To Do About Violence is a brief Ebook on the nature of violence and how to approach it at personal, family, community and government levels. It is also available free from various distributors

- Chats with My Muse Calliope

- Make the Best of Your Teen Years

- Release Your Stress and Reclaim Your Life.

-Anger in America
-What To Do About Violence

He distributes Sliding Otter News a free newsletter featuring excerpts from his books, his original articles and links to articles by other authors on the themes of finding inner peace and living in harmony with others. A free subscription to Sliding Otter News is available at http://www.slidingotter.com/sign-up-for-free-newsletter. There are no commitments required and you can discontinue your subscription at any time.

He welcomes your comments on his writing at jlangen@slidingotter.com. 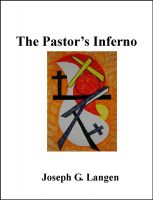 You have subscribed to alerts for Joseph Langen.

You have been added to Joseph Langen's favorite list.

You can also sign-up to receive email notifications whenever Joseph Langen releases a new book.