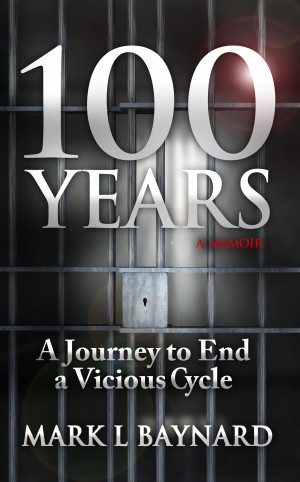 100 Years: A Journey to End a Vicious Cycle

First 10% Sample: epub mobi (Kindle) lrf more Online Reader
pdb
Price: $2.99
$1.20 USD
Buy with coupon Use the code AGB60 at checkout for 60% off during our site-wide promotion!
(Offer good through April 20, 2020 )
Have a better coupon?
Add to cart, then apply your coupon
Add to Library Give as a Gift
How gifting works
Create Widget
Tags: 100 years mark baynard prison recidivism vicious cycle
About Mark L Baynard

Mark L Baynard was raised in Wilmington, Delaware, along with his siblings, by his single Mother. He also visited his dad and other siblings in Alabama each year. His mother was a very hard worker. She worked two low paying jobs in order to raise her five children. Even though didn’t earn much money, his mother raised him to be respectful to others. During his teenage years, Mark began experimenting with marijuana, alcohol and other drugs. This was just the beginning of more problems to come. Mark eventually started selling drugs and living the lifestyle that goes along with it. Due to the choices that he made, Mark ended up going to prison for drugs. Mark was released from prison after serving a two year sentence. He returned to selling drugs and making unwise choices. Within a year, Mark was back in prison for drugs. He ended up serving thirteen years. While serving his time, Mark started accepting responsibility for his actions and began addressing his personal issues.. Once he was released in 2004, he moved to Montgomery, Alabama with family. He eventually met a young lady whom he married. They now share a nine year old daughter together. Mark also has a twenty-three year old daughter prior to his marriage. Mark now works with troubled teenager in an attempt to make a difference. Mark decided to further his education by enrolling in Ashford University where he earned his Associates Degree in Early Childhood Education in 2012. He then went on to earn his Bachelor's Degree in Criminal Justice from Faulkner University in Montgomery, Alabama in 2014. He is currently pursuing his Master's Degree in Public Administration at Troy University. Mark plans on using his education accompanied with his personal experiences in order to help others from heading down the path that he went. Mark continues to have a passion to work with troubled teenagers. He also plans on working with adults who are in the process of being released from prison. Mark has plans on working to decrease the high recidivism rate among both juvenile and adult offenders. Mark recently wrote a book titled “100 Years: A Journey to End a Vicious Cycle.” In his book, Mark shares the true story of how his family “collectively” wasted more than one hundred years in prison. He also shares of the many challenges that he has overcome after being released. Mark encourages others to join in the journey to end the cycle of crime and prison in our communities. 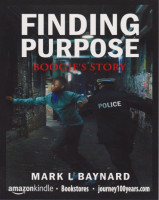 You have subscribed to alerts for Mark L Baynard.

You have been added to Mark L Baynard's favorite list.

You can also sign-up to receive email notifications whenever Mark L Baynard releases a new book.