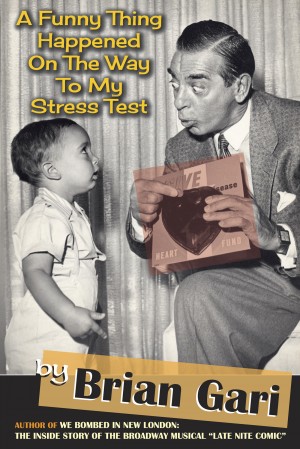 A Funny Thing Happened On The Way To My Stress Test

This is Brian's personal story of what you can expect (and not expect) when undergoing
one of the most serious operations one can ever endure. It is filled with both humor
and sadness when facing one of life's most challenging moments.

This is Brian's second book. His first, WE BOMBED IN NEW LONDON: The Inside Story of the Broadway Musical Late Nite Comic, was published by BearManor Media in 2006
and is available in paperback, eBook and an audio version.

Brian Gari is a composer, lyricist, author, record producer and performer. He had a musical on Broadway called Late Nite Comic as well as songs recorded by everyone from Margaret Whiting to pop music legends, the Tokens & Lesley Gore. He has written the liner notes for a huge array of artists such as Neil Sedaka & the Beach Boys. He has recorded 12 solo albums and produced all the releases on Eddie Cantor.

Price: $9.00
$6.30 USD
Buy with coupon Use the code AGB30 at checkout for 30% off during our site-wide promotion!
(Offer good through April 20, 2020 )
Have a better coupon?
Add to cart, then apply your coupon
Add to Library Give as a Gift
How gifting works
Create Widget
Tags: heart attack stress test eddie cantor brian gari broadway composer 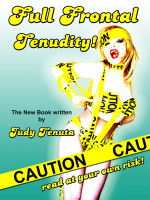 You have subscribed to alerts for Brian Gari.

You have been added to Brian Gari's favorite list.

You can also sign-up to receive email notifications whenever Brian Gari releases a new book.