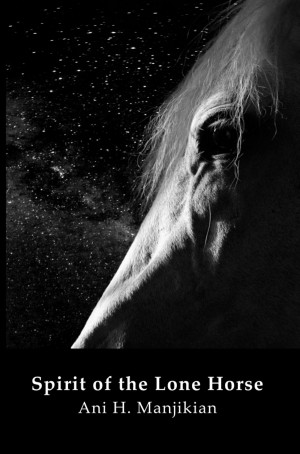 Spirit of the Lone Horse

By Ani H. Manjikian
Thanks to a horse almost killing her, Jo Mason is terrified by the noble creatures she once loved. Meeting the rogue stallion's son, she is faced with the choice of running away from her fear or taking back control of her life. Her decision begins an adventure that weaves a tapestry through past mistakes and regrets, present circumstances and consequences, and future hopes and dreams. More
A horse. A woman. A dream.

In 2005, life seemed simple to Jo Mason. She was going to be the first woman to raise the USMB International Championship trophy above her head. Double tragedy strikes the beginning of her quest. First, she finds her longtime companion dead in his stall. Second, his replacement almost kills her.

Nine years later, she wonders what she's meant to do with her life. Her fear of horses has left her estranged from her family and second-guessing herself. During a quiet walk in the woods, she's confronted by the rogue stallion's son and a choice. Take control or keep running. Her decision begins an adventure that weaves a tapestry through past mistakes and regrets, present circumstances and consequences, and future hopes and dreams.

Born and raised in Southern California, the diagnosis of hydrocephalus at birth should have killed Ani, or worse, left her blank to the world. Her strength of spirit, parents’ love, and a miracle all combined to overcome that prognosis within nine months. From this almost impossible beginning, she has developed into all-around person with the technical knowledge and analytical mind of a programmer, creative and detailed orientation of a writer/editor, and aesthetic instincts of a designer/photographer.

Her writing career started when a friend in Cyprus made her promise to stop throwing away her writings because she thought they weren’t good enough. After returning to the States, she set out to finish a single horse story and get it published. However, the book, like the writer, needed time to mature.

While perfecting her craft, Ani graduated from San Francisco State with a BA in Industrial Arts and worked several jobs from retail sales to human resources project management. Her innate ability to learn new computer programs with minimal instruction and need to be creative led to her current long-term stint as a web designer and developer.

The book spawned several siblings until there was enough for a series. Not knowing what to call it, she turned to another friend who suggested a word play on the books main themes of horses, space, family, and heroes. Spirit of the Lone Horse, the first book in the Stars of Heros series, was published in March 2015 by Unsolicited Press.

About the Series: Stars of Heros 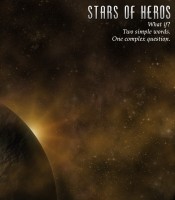 Stars of Heros spans from the 19th Century to the 26th Century and beyond. The series title is a tribute to, and a word play on, the main themes in the books: horses, space, family, and heroes. Whether ordinary people or aliens, these heroes try to make a difference on their home world.

Also in Series: Stars of Heros

You have subscribed to alerts for Ani H. Manjikian.

You have been added to Ani H. Manjikian's favorite list.

You can also sign-up to receive email notifications whenever Ani H. Manjikian releases a new book.