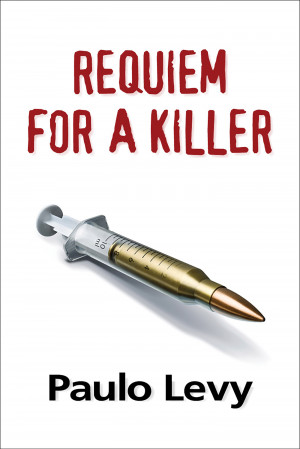 Requiem for a Killer

By Paulo Levy
Palmyra, a small city on the coast of Rio de Janeiro, woke up that morning in full surprise. Inspector Joaquim Dornellas noticed a different motion of people on his way to work. A little crowd by the Church of Santa Teresa, downtown, stared at a corpse stuck in the dry mud of the channel. No wounds, no signs of violence, only a small band-aid on the right arm. More
It seemed to be a morning just like any other in little Palmyra, a historical city on the coast of the state of Rio de Janeiro. On his way to work Inspector Joaquim Dornelas is startled by an unusual commotion in the street. In the Historical Center, in front of the Church of Santa Teresa and the Old Jailhouse, a crowd has gathered to look at the corpse of a man stuck in the dry mud of the channel. Nobody knows how the body got there. There are no signs of it being dragged, nor of a boat, violence, wounds, nothing. Just a band-aid stuck to the inside of the left arm. Abandoned by his wife and with his children far away, Inspector Dornelas, a very humane sort who loves cachaça sugar cane rum and porridge made with baby cereal, becomes involved body and soul in the case in search of redemption. With no warning, the dead man’s sister and a powerful local councilman show up separately to provide key information that will give this case a magnitude way beyond what Dornelas could imagine. Little by little a complex web of interests is revealed involving politics, drug trafficking, prostitution and a local association of fishermen. Using his keen intuition, his background and his understanding of the forces that affect human nature Inspector Dornelas is able to move skillfully through the tangled web of facts and interpretations that the plot uncovers. What at first appears to be just another investigation in the inspector’s career becomes a journey to personal metamorphosis.

Before entering the publishing business, I was a “former“ in a number of fields: squash professional, ad/ advertising agency editor, ad agency owner/principal, and at one point I even owned a bar on a São Paulo beach/on the São Paulo shore.
Next I worked with books at the Editora Objetiva publishing house and with magazines at Editora Horizonte, a content communication company.
In 2011 I began my career as a writer. My first novel, Requiem for a Killer, as well as the second, Death at the Book Festival were both published by Editora Bússola.

You have subscribed to alerts for Paulo Levy.

You have been added to Paulo Levy's favorite list.

You can also sign-up to receive email notifications whenever Paulo Levy releases a new book.