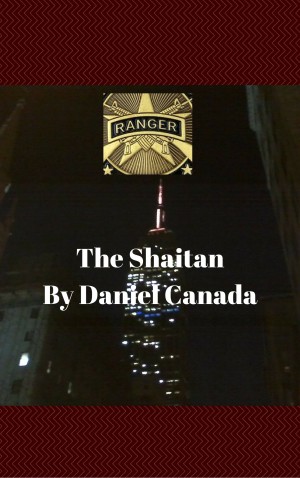 The Shaitan is an action-packed, supernatural fiction about an U.S. Army Ranger’s desperate struggle to prevent an international terrorist from launching a devastating attack upon New York with an unconventional psychic weapon. More
The Shaitan is a saga about Staff Sergeant Hank Donaldson, who is a member of the elite 75th Regiment of the United States Army Rangers and a decorated veteran of the recent Gulf Wars. Staff Sergeant Donaldson is also an unwitting candidate in a secret government psychic warfare program, wherein he is unsuspectingly pitted against the world's most wanted terrorist, Ismial Abdur Rahim.

Staff Sergeant Donaldson is on the prowl, chasing Ismial, who goes by the code name The Shaitan, through the most unlikely places, the poetry community of the Lower East and West Side of Manhattan. His pursuit will take him through all the spoken word haunts of the artist communities, in an effort to catch Ismial and eliminate him before he can launch a terrorist attack in the heart of New York City.

However, Staff Sergeant Donaldson has a serious drinking problem, which threatens to get worse with each passing day as he delves deeper into his assignment. Instead of sobering up to rise to the occasion, he resorts to even heavier drinking as a way of coping with the stress of his special mission, as well as his failed marriage and estranged relationship with his children. His unbearable drinking threatens to jeopardize the entire undertaking and place him in great risk. On the other hand, his undiscovered, latent, psychic abilities are the reason the Army brass back at the Pentagon and the secret think tank in Fort Benning allow him to stay on the job.

Unbeknown to himself, Staff Sergeant Donaldson is being subtly dragged into the uncanny world of the occult. On the other side of the world, in the city of Sanaa, Yemen, the treacherous Witch Queen, Jamilyah has made her lair in the Middle East. There she covertly establishes numerous cells of loyal Muslim sorcerers dedicated to destroying the United States and bringing about mayhem to the Western world and the Middle East. Jamilyah and her protégé, Ismial, scheme to rain down havoc upon the sons of mankind and to bring about a New World Order under the powers of The Great Dragon.

The Shaitan is a fast moving narrative of one man's herculean struggle against unseen forces, within and without, taking you from the teaming alleyways of the Holy Land in Jerusalem and Yemen, to the bustling streets of New York City, and through a labyrinth of deceit in the artist community in the Lower East and West Sides of Manhattan, all the way to its shocking finale.
Available ebook formats: epub mobi pdf rtf lrf pdb txt html
First 10% Sample: epub mobi (Kindle) lrf more Online Reader
pdb
Price: $2.99 USD
Buy Add to Library Give as a Gift
How gifting works
Create Widget
Tags: fiction adventure fiction action adventure fiction action fiction thrillers fiction espionage fiction literature fiction existential fiction horror occult
About Daniel Canada

Daniel Canada's foray into the wilderness of writing began in his senior year in high school, when he entered into and won the 1982 NBC Award for amateur journalism for New York City, after interviewing NBC's news reporters Marv Albert, Gabe Pressman and Larry Varas.

After wandering about in an attempt to find the meaning of life, he found himself strongly entrenched in the New York City poetry scene, reading and performing under the name Obsidian. He also co-hosted two renown open mic poetry venues in New York City, the "Times Square Shout Out" and the "Shout Out at Ottos," from 2007-2010. As a result he and his co-host were the subjects of a documentary of NPR Radio's "This American Life," entitled "Social Engineering," hosted by Ira Glass in 2008.

Daniel Canada aka Obsidian appeared on Columbia University Radio station WKCR-89.9FM, "Studio A Series," hosted by Anne Cammon Fiero, along with several members of the celebrated "Brownstone Poets." He has also soiled his hands in a little publishing, and has been twice published as a contributing poet in the anthology "Diner with the Muse," and “The Venetian Hour,” edited by Evie Ivy and sold at St. Marks Bookstore.

He has also published three other books: “The Shaitan,” an action-packed, supernatural fiction about an U.S. Army Ranger’s desperate attempt to prevent an international terrorist from launching a devastating attack upon New York with an unconventional psychic weapon, the “Hobo Handbook: Memoirs of a Homeless Poet in New York,” the story of my five years living on the mean and unforgiving streets of New York City, while plying my trade as a poet and co-host of two amazing open-mic poetry shows, and “Zen is Now,” a compilation of nearly 30 years of his poetry. All three books can be purchased at Smashwords. 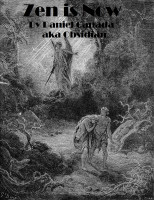 You have subscribed to alerts for Daniel Canada.

You have been added to Daniel Canada's favorite list.

You can also sign-up to receive email notifications whenever Daniel Canada releases a new book.