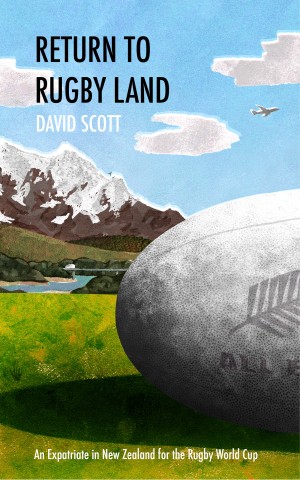 Return to Rugby Land: An Expatriate in New Zealand for the Rugby World Cup

David Scott grew up in New Zealand, playing rugby and cricket. After leaving New Zealand in his twenties he has lived in Australia, the United States, Britain, Ireland and Sri Lanka, and travelled widely in Europe and South Asia. He has worked on farms, in factories, on race tracks and in the City of London. As well he has spent periods working full-time as a left-wing activist. As a sports journalist he has covered three Rugby World Cups and All Black tours to Europe. He has reported on Black Cap cricket tours and a one-day world cup tournament in Sri Lanka. He and his wife, Sriya, now live either at their house in the Colombo beach suburb of Mount Lavinia or up on their land near her home village. These days he keeps himself busy writing, teaching English, helping out on the land and doing his uncle duties with their nieces and nephews.

Reviews of Return to Rugby Land: An Expatriate in New Zealand for the Rugby World Cup by David Scott

You have subscribed to alerts for David Scott.

You have been added to David Scott's favorite list.

You can also sign-up to receive email notifications whenever David Scott releases a new book.