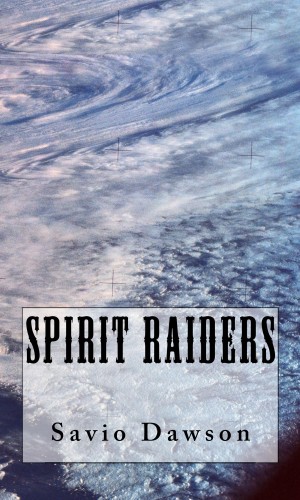 By Savio Dawson
Rated 4.00/5 based on 1 reviews
“A chance discovery leads to unearthing a plot against humankind; a plot to steal the very fabric of human creation.” More
Mark is in the middle of a spate of abductions by two different sets of extra-terrestrials. Around the same time the U.S military unwittingly discovers few alien vessels in Earth’s atmosphere while testing a new technology called GAM. The knowledge of the alien vessels around the periphery of Earth drives a team comprising of Mark, an agency called XTRA-T and the security agencies to unearth the intentions of those aliens.

In the pursuit of truth some bone chilling revelation of Earth’s history comes to the fore. Unexplained events like Tunguska Explosion and many others are answered but nothing compares to the one that is in store for Earth. Mark and team have to find a way out and in many ways invoke the assistance of unexplained powers to redeem them at the time of need.

Savio is a resident of Mumbai, India, who grew up on everything sci-fi. Science Fiction has its own charm of unravelling mysteries, boldly going where no man has gone before [yeah I know it is from Star-trek :)] and to seek and find explanations for the unexplained. This is more or less what excites a true sci-fi enthusiast.

Savio is blessed with a supportive family and has a day job in India. Writing is his passion and he also writes for many blogging sites. When not writing and not working, which, of course, happens a lot of time, Savio likes to while-away and watch sci-fi movies.

This is a complex novel that combines some stock fare in the sci-fi genre, such as alien abductions, advanced technology, first contact and an existential threat to humanity. But it also weaves in something unusual: an appreciation for the spiritual side of our nature. This is a well-researched vision of a near-term future where an advanced system for detecting stealth aircraft also reveals-previously undetected alien spacecraft. Not one, but two alien races are concentrating on Earth, and they seem more interested in exploiting than helping us.
Mark, from Dallas, Texas is the first person contacted by extra-terrestrials. Anita Gomez and Alain Brown are on an FBI team led by Colonel Braulio Russo, which is tasked to investigate anything relating to UFO sightings. Circumstances draw them together, and as the plot unfolds, they find themselves at the center of a maelstrom that threatens all humanity.
An interesting read, this novel integrates future science and the human soul in an exciting seat-of-the-pants adventure. It explores fundamental questions about life, the universe, and God.

You have subscribed to alerts for Savio Dawson.

You have been added to Savio Dawson's favorite list.

You can also sign-up to receive email notifications whenever Savio Dawson releases a new book.