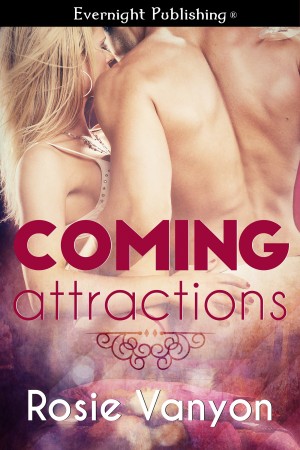 When Levi discovers Cara sleeping naked in one of the sensuously themed rooms, the two embark on a collision course that can only end up in flagrante.

Cara is a nomadic loner, too afraid to commit to family, a home—or even a potted begonia.

Levi is a player—a womanizer and entrepreneur. He needs a lot of money, fast.

So, when sparks fly between the unlikely pair both in and outside of the various sexily-decorated bedrooms, Cara can’t help wondering if Levi’s insatiable interest in her is real—or if it’s just her missing inheritance he’s chasing.

You have subscribed to alerts for Rosie Vanyon.

You have been added to Rosie Vanyon's favorite list.

You can also sign-up to receive email notifications whenever Rosie Vanyon releases a new book.