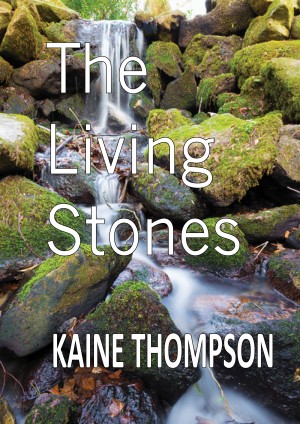 By Kaine Thompson
Sir Colin Danforth finds an old Bible in Iran and brings it back to its original owner, Dr. Rachel Albright. The Bible contains a list of previous owners, spanning 80 years, and Rachel tracks them down while Sir Colin works to free her daughter from an Iranian prison. More
British diplomat Sir Colin Danforth returns to London with a gift for his spiritual mother, Dr. Rachel Albright, 85, eminent American Bible scholar and anthropologist. He has been brokering a peace settlement with Iran through the “Babylon Solution,” an established “free zone” for Christians and Jews, in exchange for lifting sanctions and allowing free trade. He presents her with a badly worn white Bible he found in Iran--the same one she received from her mother when she was five. In the center, is a list of 19 names of those who have owned it, spanning 80 years. Sir Colin also informs her that he believes he has found her daughter, Sarah, missing for 30 years. She is in Evin Prison in Tehran under a death sentence for blasphemy. The Babylon Solution is tentative at best and securing the release of an American Christian will not be easy. While Sir Colin works diplomatically to free her daughter, Rachel doggedly tracks down the previous owners, believing that when she finds them all Sarah will be miraculously freed.

Kaine Thompson has been writing since she was five, composing her first poem about the moon, which developed into a lifelong passion for writing and all things celestial.

Born with a rich feminist legacy, she has a passion to empower women. Her great grandmother was a suffragette, her great aunt, at the age of 77, set up her lawn chair under the Arc de Triomphe in Paris to protest the Vietnam War, and her grandmother and mother taught her that she could do anything a man could do and was of equal value to God.

She lived for several years in Holland where she worked for an import/export company and traveled extensively in Europe, including a covert trip into Romania during the Cold War, which she has chronicled in a memoir.

She holds a Master’s degree in writing from California State University Northridge and a bachelor’s degree in English from the University of Oregon. She earned her livelihood as a communications professional in higher education and through her own writing business, E-maginative Writing.

Her greatest passion is to pass on her family’s legacy to her children and grandchildren in hopes that some day the world will embrace the power of women.

You have subscribed to alerts for Kaine Thompson.

You have been added to Kaine Thompson's favorite list.

You can also sign-up to receive email notifications whenever Kaine Thompson releases a new book.