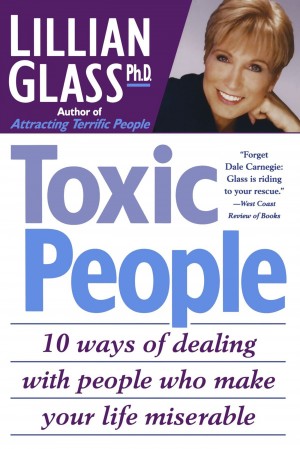 Toxic People: 10 Ways Of Dealing With People Who make Your Life Miserable

Dr. Lillian Glass (often referred to as “First Lady of Communication”) is one of the world’s most well respected and foremost authorities in the field of Communication and the Psychology of Human Behavior. As a renowned Body Language Expert she demonstrates her skills in numerous fields. She combines her unique background to educate the public in both an entertaining and compelling manner in the media and through her numerous books on the topic. As a sought after Media Expert she shares her perspective concerning news events. She has also applied her skills in the legal field where she is an expert witness, jury and trial consultant, and mediator.

Dr. Glass has authored 18 books including the Original Best Seller TOXIC PEOPLE ® where she coined and popularized the term “toxic people,” commonly used in today’s vernacular. She has also lectured worldwide on the topic.

Her books on the topic of Communication include the best seller Talk to Win, Say It Right, Confident Conversation, Attracting Terrific People, and Complete Idiot’s Guide to Verbal Self Defense. Her books concerning male/ female communication include He Says She Says, The Complete Idiot’s Guide to Understanding Men and Women, and Toxic Men. Her most recent books focus on the topic of Body Language and include Best Sellers: I Know What You’re Thinking, A Guide to Identifying Terrorists Through Body Language , co-written with former FBI Special Agent and member of Joint Terrorist Task Force, D. Vincent Sullivan, The Body Language Advantage, and The Body Language of Liars.

All of her books have been published into almost every language throughout the world.
ACADEMIC BACKGROUND

After receiving her Ph.D. at the young age of 24, in the field of Communication Disorders from the University of Minnesota, her doctoral dissertation “The Psychosocial Perceptions of Speech and Cosmetic Appearance on Patients With Craniofacial Anomalies” has become a landmark study. It was there that she combined her minor studies in Clinical Genetics and Psychology with her major, Communication Disorders.

Dr. Glass completed a Post-Doctoral Fellowship in Medical Genetics at UCLA School of Medicine, where she was both the youngest and only Ph.D. in an MD program. Her research focused in the areas of Psychology, Verbal and Non Verbal Communication in patients with Genetic Diseases. Much of her research has been published in over 50 professional journals worldwide, including the prestigious New England Journal of Medicine, where where she discovered there were distinct voice patterns in patients with neurofibromatosis (Elephant Man’s disease). She also discovered a genetic syndrome involving deafness and a dental abnormality, now termed “The Glass-Gorlin Syndrome” (oligondtia and sensorineural deafness).

Dr. Glass then went on to become a university professor at The University of Southern California (USC). There, she taught in the Medical and Dental schools and in the Liberal Arts college. Finally, Dr. Glass attended Pepperdine School of Law’s prestigious Strauss Institute for Dispute Resolution where she was formally trained as a Mediator.

PRIVATE PRACTICE
Dr. Glass began her private practice in Beverly Hills, California, initially treating people who had vocal and speaking problems. Subsequently, the focus of her practice changed into helping those in the entertainment and business world gain self confidence through enhancing their verbal and non verbal speaking skills, both on and off camera. Her Media/On Camera coaching as well as Her Public Speaking Training is a major part of her practice. In addition, Dr. Glass provides Counseling services for those with relationship issues and with issues involving how to deal with TOXIC PEOPLE ®

Because of her unique ability to do accents and dialects from around the globe, Dr. Glass began working with some of Hollywood’s top performers who needed to learn an accent or dialect for a particular movie role. In addition, her expertise in the area of Body Language and Psychology of Human Behavior was invaluable in terms of helping many performers establish their film characters
Some of her most celebrated clients have included Dustin Hoffman, whom she helped sound like a woman for Tootsie, Sean Connery, Melanie Griffith, Nicholas Cage, Andy Garcia, Dolph Lundgren, Dolly Parton, Rene Russo, Julio Iglesias, Will Smith and a host of others too numerous to name. The highlight of her career was training deaf actress Marlee Matlin to speak publicly for the very first time at the Academy Awards Ceremonies. Dr. Glass has also worked with countless sports figures, politicians, and world leaders in enhancing their verbal and non verbal communication skills.

LECTURER- PUBLIC SPEAKER- SPOKESPERSON
As a sought after compelling and exciting public speaker, Dr. Glass’ direct and motivational approach in her lectures have helped her audience learn how to effectively deal with TOXIC PEOPLE ® in any part of their lives. Her presentations on improving Communication Skills and Body Language has helped them more Self Confidence. Her expertise in the area of confidence allowed Dr. Glass to be a spokesperson for the Marshall’s Department Stores’ Confidence Campaign”.
Her lectures on Detecting Deception have been invaluable to those in the business, sales, legal, and law enforcement professions, including the FBI and other law enforcement agencies throughout the world. Business have often reported a dramatic sales increases after attending one of Dr. Glass’ lectures which deal with determining how their clients are telling them the truth and to look out for specific body language signs that can influence a sale. Dr. Glass also provides CLE courses for attorneys in the area of Deception and Body Language.

TRIAL/JURY CONSULTING
Dr. Glass’ background has proven to be invaluable to attorneys in guiding them with both jury selection and in preparing their witnesses and clients who will be taking the stand. One of her most dramatic cases involved a plaintiff whom a jury initially found unlikeable and was awarded no compensation, but after working with Dr. Glass, he became very likeable to a jury and was awarded a $33 million dollar verdict. Dr. Glass is also a member of the American Society of Trial Consultants.

EXPERT WITNESS
Dr. Glass has served as an expert witness in both Federal and State Court cases and is qualified in the area of Vocal Forensics and Behavioral Analysis. She has used her expertise as a Body Language expert to help both the prosecution and the defense in various types of criminal and civil cases. She has worked on cases involving, drugs, sexual harassment, child molestation, child, custody, workplace violence, and in murder cases.

BOOKS
Dr. Glass’ has written many best selling books. The Best Selling book which first brought her world wide recognition was TOXIC PEOPLE ®– 10 Ways of Dealing With People Who Make Your Life Miserable. Other best sellers have included Talk to Win- Six Steps to Improving Your Vocal Image; Confident Conversation; Say It Right; He Says, She Says – Closing the Communication Gap Between the Sexes, I Know What You’re Thinking- Using the Four Codes of Reading People To Improve Your Life, and The Body Language of Liars. Some of her other books include How to Deprogram Your Valley Girl; World of Words, Attracting Terrific People – Finding and Keeping the People Who Bring Your Life Joy!; The Complete Idiot’s Guide to Verbal Self Defense; The Complete Idiot’s Guide to Understanding Men and Women; and I Know What You’re Thinking – and 50 Ways My Dog Made Me Into A Better Person. All of her books are translated into many languages worldwide including Afrikaans, Arabic, Bulgarian, Chinese, Czech, Estonian, French, German, Greek, Hebrew, Hungarian Indonesian, Italian, Japanese, Korean, Latvian, Lithuanian, Polish, Portuguese, Russian Slovakian, Spanish, and Vietnamese.

ADDITIONAL PROFESSIONAL INTERESTS
Dr. Glass has even added songwriting to her professional repertoire. She served on the Board of Governors of the National Association of Recording Arts and Sciences (NARAS) (Grammy Organization), and belongs to the Songwriters Guild of America (SGA), and the American Society of Composers, and Authors and Publishers (ASCAP). In addition, she is a member of the National Academy of Television Arts and Sciences (NATAS), the International Radio and Television Society (IRTS), Women in Film (WIF), American Federation of Television & Radio Artists and the Screen Actors Guild (SAG- AFTRA ). She has also performed as a voice-over artist on radio and television spots, appeared as herself in several films, and has served as a spokesperson for various commercial products including Marshall’s Department store for their “Self Confidence” campaign.
MEDIA BACKGROUND

TELEVISION
With her background in Psychology and in the area of Body Language, Dr. Glass is a sought after Media Personality who consistently appears throughout the media. She is often seen on Entertainment Tonight, the Insider , and Inside Edition will be appearing on the Discovery Network’s new show, ‘Outrageous Acts of Psych” where she will provide psychological commentary on human behavior.
Dr. Glass is the Body Language Expert for ABC’s Dancing With the Stars and Bravo’s Millionaire Matchmaker, and appeared on and served as the “resident Therapist” on The Chelsea Lately Show for E! Entertainment. She regularly provided Psychology commentary for Fox’s Busted and Disgusted and appeared as a Psychologist on several reality shows including Tool Academy,The Janice Dickenson Show, Smoke Out, and Discovery Network’s “Swim Suit Slimdown”,
She has also appeared on 20/20, Good Morning America, Today Show, CBS Early Show, Fox and Friends, Dr. Phil, Comedy Central’s The Daily Show with Jon Stewart, The O’Reilly Report, Nancy Grace, FOX’s Your World With Neil Cavuto, and on shows too numerous to name on such networks as CNN, HLN, BBC, VH-1, Discovery Channel, National Geo Channel, ,MTV, E!, A&E,MSNBC, CNBC and OWN. Early in her media career, Dr. Glass was a reporter for the Los Angeles ABC Affiliate- KABC Eyewitness News where she covered issues related to psychology and human behavior. She also co-hosted such television shows as Alive and Well, AM San Francisco, Healthwise, and was a guest host on AM Detroit (Kelly and Company).

RADIO
Presently Dr. Glass is invited regularly to provide her views and commentary on radio shows across the country. She has also served as a a guest host on several radio shows for the ABC radio network and hosted her own radio show on KPSL in Palm Springs.

PRINT AND ONLINE
As a recognizable authority, her opinions have been consistently quoted in The Wall Street Journal, Washington Post, NY Times and a variety of other magazines and newspapers worldwide and throughout the internet including Radar online, TMZ, and Hollywoodlife.com. Yahoo, and The Huffington Post.

She has had a regular monthly body language column in Cosmopolitan Magazine called ‘The Real Story.’ Her comments are frequently seen in magazines and newspapers throughout the world including US Weekly, People, OK, In Touch Weekly, Globe, First for Women, and Life and Style as well as numerous electronic media outlets 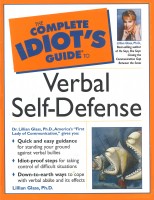 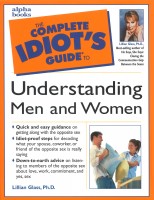 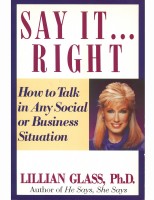 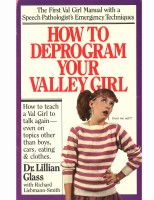 You have subscribed to alerts for Lillian Glass.

You have been added to Lillian Glass's favorite list.

You can also sign-up to receive email notifications whenever Lillian Glass releases a new book.