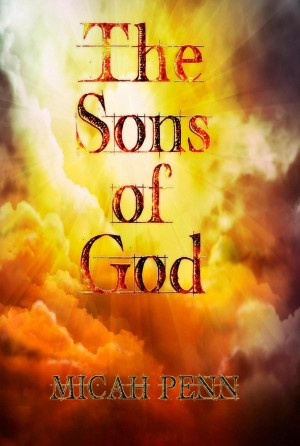 The Sons of God

By Micah Penn
The Sons of God is the story of Alexander Mason who becomes a Christian and changes his life. But as he grows in his faith, Alex becomes endowed with the same abilities as Jesus and his apostles and proceeds to change the people and the world around him. More
Neal Thomas was once a well-known and respected broadcast journalist who has become an itinerant Christian preacher. He currently sits in a prison cell awaiting execution for religious extremism which is now outlawed worldwide. But Neal remains defiant towards his captors as he tells people everywhere to "repent, because Jesus is coming back again". What has driven him to his conversion is the greatest news story that the world has seen in modern times. His last report as a broadcaster became his first sermon as a preacher, because he was the eye witness to the works of a modern day apostle, his former protege, and those who followed him.

Micah Penn is a native of metropolitan Atlanta who has worked in the entertainment industry for more than 30 years. He has performed as a Professional Actor in Atlanta, New York and Los Angeles on stage, in film and in television. He is a member of SAG-AFTRA. He has also worked for more than a decade in the film industry as a Special Events Coordinator and Venue Manager working with every major Hollywood studio as well as with international film festivals. He holds a Bachelor of Arts degree in Drama from the University of Georgia.

For the past 20 years, he has been an active Christian guitarist and singer as well as an aspiring writer. He began writing in earnest when given the opportunity to write short essays for his church newsletter while living in New York City. He became so prolific that his column was soon called "Micah's Pen". He was inspired to write the story of "The Sons of God" after hearing the story of a real life miraculous event that took place in the early 20th century.

After many years in New York City and Los Angeles, he once again resides in metropolitan Atlanta.

This is his first published work.

You have subscribed to alerts for Micah Penn.

You have been added to Micah Penn's favorite list.

You can also sign-up to receive email notifications whenever Micah Penn releases a new book.