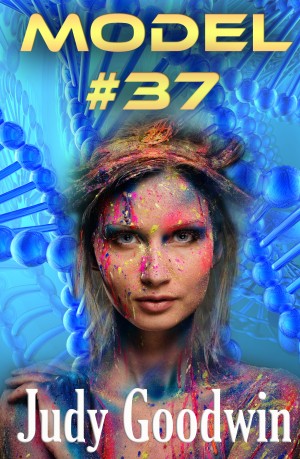 By Judy Goodwin
Rated 4.00/5 based on 1 reviews
Today’s the big day for Baby, also known as Model 37. She’s supposed to model for the world, and make her father proud. The only questions are why is she so nervous, and why won’t her father let her out of the lab? Sure, she may be only four feet tall, and sure she has a fin in the middle of her back. She's still eighteen. And she wants answers. More
A Science Fiction short story pack:

Baby has lived a privileged life—her father always said she was “special.” And Baby knows she’s not like normal humans. She’s only 47 inches tall, even though she’s eighteen years old. She can live off tiny amounts of food. And she’s got a dorsal fin in the middle of her back.

Today’s the big day. She’s supposed to model for the world, and make her father proud. The only questions are why is she so nervous, and why won’t her father let her out of the lab? Most of all, Baby, also known as Model 37, wants to see the world.

It’s Monday morning, and Chris has to get to work. The only problem is, his Nannypod, the device strapped to his wrist that runs his life, just died. He doesn’t even know which bus to get on.

How will he live without it?

Judy Goodwin developed a passion for writing at a young age, creating picture books from the time she could read and write. She continued this passion throughout her schooling, earning her BA degree in Creative Writing from the University of Arizona. Along with the passion for English came a love of all languages, and Ms. Goodwin went on to study other languages as well, including German, French, and Japanese. She spent time as an exchange student in Germany, which helped to develop her love of other cultures.

She has published short stories in small press and online magazines including Space and Time, Dreams and Nightmares, and Beyond Centauri. With the advent of eBooks and indie publishing, she decided to move into the brave new world of publishing with the debut of her first novel, Heart of the Witch.

Her second novel is anticipated at the end of 2013, entitled Journey to Landaran. 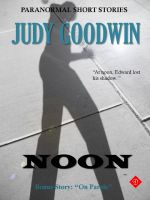 You have subscribed to alerts for Judy Goodwin.

You have been added to Judy Goodwin's favorite list.

You can also sign-up to receive email notifications whenever Judy Goodwin releases a new book.