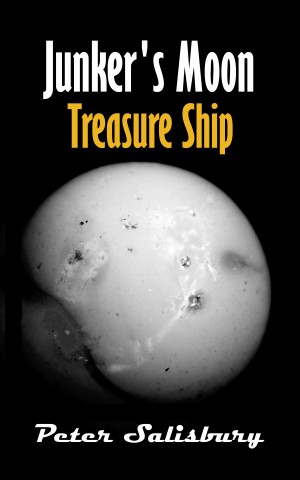 By Peter Salisbury
At the Junker's Moon depot, Marshall's workers are bent on a pay rise, rebelling at increased prices and rumoured pirate attacks. In the midst of the turmoil, a vessel arrives piloted by a woman with a mysterious tale of a prospecting ship, the Rudderless Junk. She insists that the ship resides in the depot scrap heap, and demands to speak with David Brion, who has been dead for several years.

I am a life-long fan of science fiction, and so when I had an idea for my first story, I wasn't surprised that it was in that genre. The first book took me ten years to complete, but I've got a little quicker since. I am pleased to say that I now have over thirty books published in my name.

What next? So far I haven't run short of ideas for new stories, so there are several projects in various stages of completion, and I hope to be publishing the next story before too long, so please subscribe to my alerts.

My profile picture is a portrait of the author as a young man, painted by my daughter Charlotte Salisbury who has also contributed to several of my book covers.

Professional background
In the 1970s I studied Chemistry at university and then spent over thirty years in classrooms across England teaching almost anything but Chemistry, including Photography, Communications Skills, General Science, Computing, and Information and Communications Technology.

In the 1990s I spent ten years writing abstracts of chemical patents. This was a most exacting process but very rewarding to be reading about the very latest inventions in the field, and the abstracts were distributed world-wide to research scientists by subscription. Articles of mine have been published in magazines and I have written assignments used for assessing Communications Skills for a major international Examination Board.

After retiring early this century I began writing in earnest. 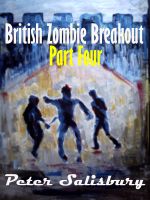 You have subscribed to alerts for Peter Salisbury.

You have been added to Peter Salisbury's favorite list.

You can also sign-up to receive email notifications whenever Peter Salisbury releases a new book.