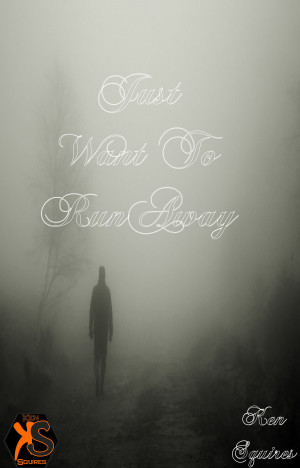 By Ken Squires
Been having inner feelings of just wanting to runaway from everything, I decided to write about it to see if I can make sense of things or feel better.. Neither one happened.

The very first thing that Ken wrote was in high school for a co-op class when the teacher asked the class to write about a dream or nightmare. With Ken enduring plenty of bullying and harassment that's what he wrote about, the nightmare that he went through everyday.
That teacher would later read it out to the class when Ken wasn't in the room and give it to the Principal who made Ken go talk to the school psychiatrist.

After that he put down the pen for a few years until a computer came into his life when he began to write more. He enjoyed writing the dark poetry as it was very similar to the style of music that he was listening to which included Marilyn Manson and Insane Clown Posse.

Over the course of years he stepped away from poetry and went on to write Science Fiction, Horror and even Erotica.

But in between all of them he would always go back to writing poetry and no subject would be off limit for him. His style would go on to reflect what he was going through at the time of writing and his thoughts about the current situation at hand.

About the Series: September Collection

Everything that I released in September

You have subscribed to alerts for Ken Squires.

You have been added to Ken Squires's favorite list.

You can also sign-up to receive email notifications whenever Ken Squires releases a new book.