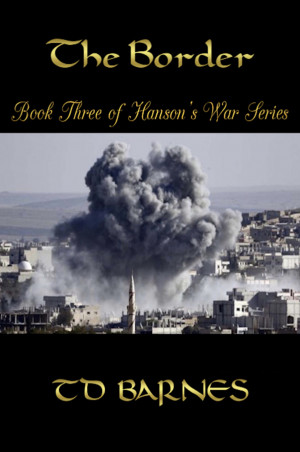 Thornton D. “TD” Barnes, author and entrepreneur, grew up on a ranch at Dalhart, Texas. He graduated from Mountain View High School in Oklahoma and embarked on a ten-year military career. He served as an Army intelligence specialist in Korea and then continued his education while in the US Army, attending two and a half years of missile and radar electronics by day and college courses at night. Barnes deployed with the first combat Hawk missile battalion during the Soviet Iron Curtain threat before attending the Artillery Officer Candidate School, where an injury ended his military career.
During his extensive professional career, Barnes was a field engineer at the NASA High Range in Nevada for the X-15, XB-70, lifting bodies and lunar landing vehicles; working on the NERVA project at Jackass Flats, Nevada. He was a member of a special projects team at Area 51 for the Central Intelligence Agency. Barnes later formed a family oil and gas exploration company, drilling and producing oil and gas and mining uranium and gold.
Barnes is currently the CEO of Startel, Inc., a landowner, and is actively mining a quarry for landscape rock and gold in Nevada. He is the president of Roadrunners Internationale, an association of Area 51 veterans, and is the executive director of the Nevada Aerospace Hall of Fame.
Two National Geographic Channel documentaries feature Barnes: Area 51 Declassified and CIA—Secrets of Area 51. Numerous documentaries on the History Channel, the Discovery Channel, the Travel Channel and others also feature him. The Annie Jacobsen book Area 51 Declassified documents his career.
Barnes lives in Henderson, Nevada.

About the Series: Jihad America

Hoot Hanson, a struggling oil wildcatter in Oklahoma hits a gusher, drawing notoriety that attracts the attention of an unscrupulous Muslim attorney acting as a liaison for the Department of Homeland Security. The attorney is secretly funding Islamic ISIS fighters in the Middle East. A massacre occurs when the Islamic Jihad targets Hanson Oil for its first jihadist strike against America. Hoot fights the feds for his company and retaliates for the attack on his people. 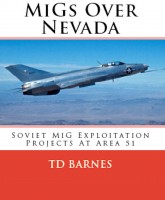 You have subscribed to alerts for TD Barnes.

You have been added to TD Barnes's favorite list.

You can also sign-up to receive email notifications whenever TD Barnes releases a new book.