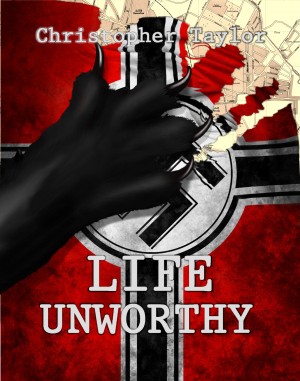 By Christopher R Taylor
A werewolf stalks Krakow, but chasing him are the Nazi occupiers; one group to destroy the monster, one to capture and use it to make super soldiers. More
When the gas was delivered to a shower in Birkenau, the soldiers expected death, but what came out of that concrete chamber was far worse. Now the Fuhrer has demanded the monster be tracked down and destroyed, but a German scientist has other ideas for how it may be used for the third Reich. And the Werewolf has plans of his own.

Caught in the middle is the city of Krakow and its citizens striving to survive under the brutal, murderous Nazi regime. In that city is Aniela Wisniewski, a pianist feeding snippets of information to the British. As events unfold, terror spreads over the city with Aniela at its center, a terror racing to an inconceivable conclusion!

Christopher Taylor is the author of three novels -- Snowberry's Veil, Old Habits, and Life Unworthy -- along with many other works for role playing games. He lives in Oregon and is always at work on another novel.

A life long dreamer, Christopher encountered fantasy in The Hobbit at a young age and for him it was like coming home. He learned to play AD&D in 1979 and his gaming experiences as player and GM have shaped his storytelling and world building skills to a razor sharp edge.

Both Old Habits and Snowberry's Veil are set in his game world Jolrhos and reflect his love of both the wilds of Oregon and the gaming worlds he's been a part of.

Christopher checks the back of closets for Narnia and feels odd writing about himself in the third person.

You have subscribed to alerts for Christopher R Taylor.

You have been added to Christopher R Taylor's favorite list.

You can also sign-up to receive email notifications whenever Christopher R Taylor releases a new book.