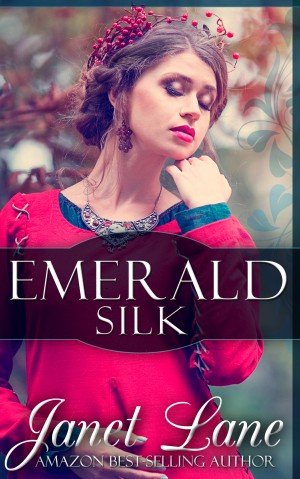 Rated 3.00/5 based on 1 review
This EVVY-winning romantic adventure is set in a 1448 English horse fair. Monastic knights invade a Gypsy camp to find a stolen chalice, triggering deadly pursuits, a mystery murder and a prominent bishop. The beautiful half-Gypsy, Kadriya, yearns for true love, but the bigoted knight whisks her Gypsy fiancé off to the gallows. Kadriya must discover the power of love--and one elusive chalice. More
Vividly drawn characters that leap off the page. I loved this novel!”
… NYT Best-selling Author Lara Adrian.
EVVY Award winner (Colorado Indep. Publisher Assn.) This fast-paced romantic adventure by an Amazon best-selling author is set in autumn, 1448 at England’s famed Applewood horse fair. The midnight peace is shattered when monastic knights invade the camp to reclaim a treasured chalice stolen by a Gypsy. The attack sets in motion a string of deadly pursuits, a mystery murder, and a political crisis involving the most prominent bishop in England.

In the center of the chaos, the beautiful half-Gypsy, Kadriya, yearns for true love. Raised by English nobility, she has passed the threshold of womanhood. Spurned for her mixed blood, she is now twenty and longs for acceptance. With one foot planted firmly in each of her ethnic shorelines, Kadriya struggles to find her place in the world. Teraf, an impetuous Gypsy tribal king of surpassing charm, proposes she choose her Romani legacy. When Kadriya accepts, she starts a wild journey that challenges her loyalties and tests her courage.

This historical adventure unfolds when Kadriya arrives at the horse fair, where Teraf will announce their betrothal. Kadriya stands at his side, basking in the warmth of her realized dream.

The dream becomes a nightmare, though, when Teraf is accused of stealing an emerald chalice and a powerful knight, John Wynter, delivers her fiancé to the gallows. Sir John hates foreigners, but it is this man alone who holds the key to Kadriya’s freedom. His bigotry blinds him, and if this fierce knight cannot regain his vision, he may fail in his duty. This adventure is as tantalizing as the arousing love story within for, in a single bell’s toll, their life and happiness rest on finding the power of love—and one elusive chalice.

ENCHANTING! “An enchanting medieval romance filled with passion, intrigue and vividly drawn characters that leap off the page. I loved this novel!”
… NYT Best-selling Author Lara Adrian.
GRADE A! “This fast-moving, smoothly constructed historical novel quickly pulls readers into 15th century England and its growing discrimination against Gypsies. Well-drawn characters and the strong sense of time and place will have readers rushing to read Tabor’s Trinket, the prequel to this book.
… Joan Hinkemeyer, Rocky Mountain News

RICH CHARACTERS IN A LUSH SETTING “A page turner filled with prejudice, betrayal, loyalty, shame and passion. A powerful tale that shows the destructive power of racism and the enlightening journey one can take to overcome a lifetime of differences. This is a story that I would recommend to all.”
… Anthonette Dotson, Romance Reviews Today

HOT! “Lane’s Gypsies, tramps and thieves all have their own agenda in this enjoyable tale of love. There are interesting secondary characters, including a trained monkey.
… Faith V. Smith, Romantic Times Book Reviews

#1 bestselling author Janet Lane writes "history, made passionate" in fifteenth century England and France. Her heroines carry the spice and spirit of Gypsies in their blood, and they're strong and resourceful as they confront the turbulence of that century, be it war, prejudice or yes, romance. Her novels have won the 2015 and 2017 international IPPY Award, the 2015 international Next Generation INDIE award, the 2015 EVVY, the 2015 HOLT Medallion, and the anthology, Broken Links, was a finalist in the Colorado Book Award. Janet Lane writes action adventures in the medieval romance and contemporary women's fiction genres.

"Lane does a superb job creating layers to the Gypsy culture ... a must-have for fans of the series."
... August 18, 2017 review of ETTI'S INTENDED by Library Journal.

Her novels are set in fifteenth century England during the so-called “Gypsy Honeymoon” decades. The first novel in the series, Tabor's Trinket, is a #1 bestselling novel. #1 New York Times Best-Selling Author Lara Adrian called it “..an enchanting medieval romance filled with passion, intrigue and vividly drawn characters that leap off the page. I loved this novel!”. Janet was a featured author in RMFW Press’s Tales from Mistwillow anthology, and co-chaired the editorial board for that press’s anthology, Broken Links, Mended Lives, which was nominated for the Colorado Book Award. Janet welcomes your comments here or on her website, http://janetlane.net On Twitter at janetlaneauthor.

Interesting on the historical facts , it was a little lengthy with certain parts being less exciting and monotonous .
The romantic scenes were much steamier and deeper in this book , compared to just a required need in a romance novel .
Good writing and arrangement .

You have subscribed to Smashwords Alerts new release notifications for Janet Lane.

You have been added to Janet Lane's favorite list.

You can also sign-up to receive email notifications whenever Janet Lane releases a new book.