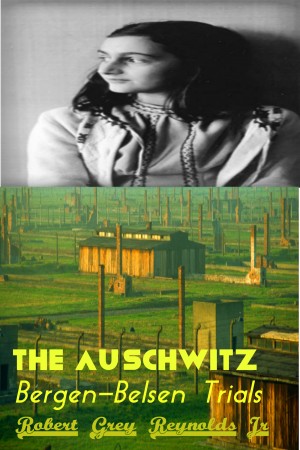 By Robert Grey Reynolds, Jr
Juana Bormann was one of three women who were tried after the European theater of World War II concluded in May 1945. The others, her colleagues, were much younger, in their 20s. Bormann worked at one of six Nazi extermination camps for Jews in Poland, i.e. Auschwitz, during 1943-1944. She was later transferred to Bergen-Belsen, which was classified as a work camp. She wreaked havoc and death. More
Juana Bormann was one of the most tormenting and evil of the women who worked guarding female prisoners at Auschwitz and Bergen-Belsen concentration camps. From camp survivors we know that Bormann used her Alsatian dog to rip the clothes and flesh from the unfortunate victims of her blind wrath. Age 53 when she went on trial at Leuneburg, Germany in September 1945, Juana or Johanna, had been a religious zealot in her former life before World War II began.