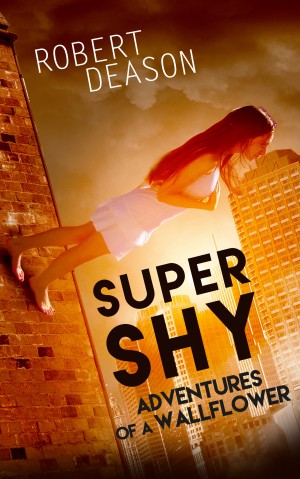 By Robert Deason
What if your worst personality trait overtook your life as a super power? That's what happens to three middle school outsiders who fight to fit in, while secretly saving their schoolmates and themselves from a terrible evil. More
Edelweiss, a smart, shy girl with a funny name, is what other kids politely call "different". And in her school, different girls get ignored or bullied. Edelweiss desperately wants to fit in, but nothing changes until an accident turns her worst personality trait into a secret power. Edelweiss teams up with two other misfits to get even with the bullies who made their lives miserable, and soon discovers her purpose is meant for more than revenge. Just when Edelweiss is about to make her dreams come true, a crisis threatens to cut short her life, unless she can conquer her own worst self to become a hero. Super Shy captures the drama and angst of growing up in a funny, fanciful, and suspenseful coming-of-age adventure which gives hope to anyone who feels they don't fit in.

Robert Deason lives in Matthews, NC with his wife, Margaret, and is the father of three grown children. He is a nationally-recognized television promotion writer/producer, who currently manages promotion scheduling strategy for a TV network seen on cable and satellite. He hopes that anyone who ever attended school or possesses a secret super power will relate to the Super Shy series.

You have subscribed to alerts for Robert Deason.

You have been added to Robert Deason's favorite list.

You can also sign-up to receive email notifications whenever Robert Deason releases a new book.