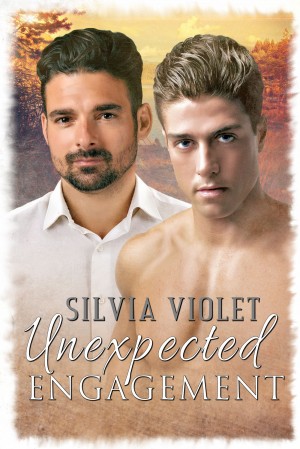 After years of using his medical expertise to patch Simon up after ill-advised missions, Edgar told Simon not to come running to him anymore. Watching Simon self-destruct was too painful. But when Simon shows up on Edgar’s doorstep covered in blood, Edgar can’t turn him away. He also can’t fight the feelings he has for Simon, feelings that go way beyond friendship.

Silvia Violet writes fun, sexy stories that will leave you smiling and satisfied. She has a thing for characters who are in need of comfort and enjoys helping them surrender to love even when they doubt it exists. Silvia's stories include sizzling contemporaries, paranormals, and historicals. When she needs a break from listening to the voices in her head, she spends time baking, taking long walks, curling up with her favorite books, and spending time with her family.

You have subscribed to alerts for Silvia Violet.

You have been added to Silvia Violet's favorite list.

You can also sign-up to receive email notifications whenever Silvia Violet releases a new book.