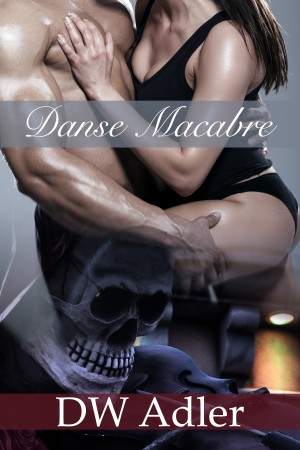 This story contains explicit sexual content and is for mature readers 18 years or older.

DW Adler was born and raised in beautiful Nova Scotia, Canada. After receiving a degree in psychology and an almost-minor in Irish Studies, he learned how to fix computers. He now sweats profusely in Florida where he does IT support for a living when he's not writing.

Don counts such authors as Anne Rice, JRR Tolkien, and Edgar Allan Poe, as well as a love for Irish/Celtic myth and folklore as his influences. He loves to read sci-fi, fantasy, post-apocalyptic, and anything having to do with vampires.

Other than sipping tea and writing, Don dabbles in computer animation and graphic design, and is a doting father to his little girl. He is constantly plotting how to get back home to Nova Scotia and flees there whenever the sight of snow becomes a necessity.

No, he will not fix your computer.

A great story! The author does an amazing job (especially since this is a short story) of making the heroine relatable and the villain rotten. By the time you get to the end, you are craving what awaits the scoundrel. The sexual build up was titillating and the twist at the end caught me by surprise. Awesome! This little story packs a punch.

You have subscribed to alerts for D. W. Adler.

You have been added to D. W. Adler's favorite list.

You can also sign-up to receive email notifications whenever D. W. Adler releases a new book.