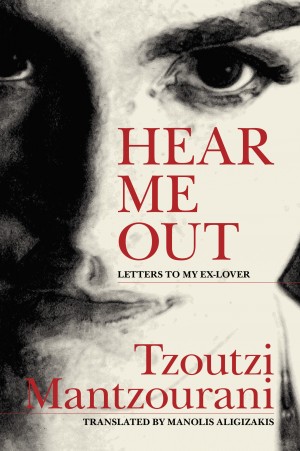 By Manolis
Tzoutzi Mantzourani was born in Athens – Greece, in 1959. She studied French Literature and Language at Pepperdine University Malibu, CA. USA, and worked as a journalist in several Greek newspapers and magazines until 2009. She has published up three poem collections and a book of short stories.

Manolis was born in the small village Kolibari west of Chania on the Greek island of Crete in 1947. At a young age his family moved first to Thessaloniki and then to Athens where he was educated, achieving a Bachelor's Degree in Political Science at Panteion Supreme School of Athens. He served in the armed forces for two years, and emigrated to Vancouver in 1973, where he worked in several different jobs over the years.

He attended Simon Fraser University for a year, taking English Literature in a non-degree program. He has written three novels, a large number of collections of poetry, which are slowly appearing as published works, various articles and short stories in Greek as well as in English. After working as an iron worker, train labourer, taxi driver, and stock broker, he now lives in White Rock where he spends his time writing, gardening, and traveling.

Towards the end of 2006 he founded Libros Libertad, an unorthodox and independent publishing company in Surrey, BC, with the goal of publishing literary books.

You have subscribed to alerts for Manolis.

You can also sign-up to receive email notifications whenever Manolis releases a new book.