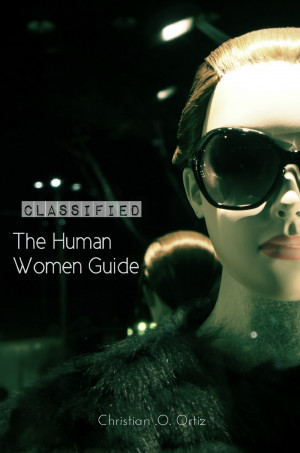 By Christian Ortiz
Based on my experiences & the experiences of others, I have come up with The Human Women Guide which will guide people with dating and relationships.And give them a deeper understanding of the male and female mind
Download: epub
Price: Free! USD
Add to Library
Create Widget
Tags: romance love women dating relationships self help tips men advice true story
About Christian Ortiz

Christian Omar Ortiz was born in Bayamon Puerto Rico(March,1 1993). Christian is a writer known for his E-book "The Human Women Guide". He's often referred to as the "WomenGuide". His contributions to helping people and giving advice have led him to be known as a good public figure. Christian began writing in elementary school and wrote a hand written book called "The Way life should be". He graduated from Jane Addams Vocational High School in New York City & also studied Women Psychology. Christian in his past encountered many problems.Being abandoned by his own father at a young age and losing his sister. His sister is now deceased. His fascination with women has led him to write his Ebook "The Human Women Guide", which released on November 8, 2012. Which guides both men and women with dating and relationships. And gives them a deeper understanding of the male and female mind

You have subscribed to alerts for Christian Ortiz.

You have been added to Christian Ortiz's favorite list.

You can also sign-up to receive email notifications whenever Christian Ortiz releases a new book.