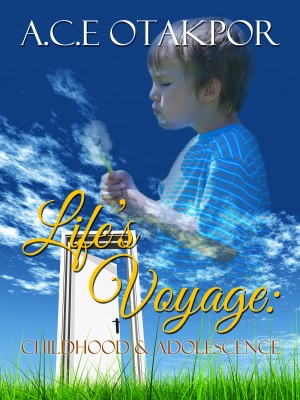 By A. C. E. Otakpor
A gift to humanity for education empowerment in the form of poetry for children and teenagers. Consisting of fifty original poems and illustrations, this chapbook draws to light the experiences of how life is viewed from an artistic and creative point.
Download: epub mobi (Kindle) pdf more Online Reader
rtf lrf pdb txt
Price: Free! USD
Add to Library
Create Widget
Tags: poetry children family africa chapbook education advocacy children 0 to 10 children 10 and up chapbook of poems empowerment through the art of appreciation
About A. C. E. Otakpor

A C. E. Otakpor began writing at age fifteen. He attended California Coast University, where he graduated with a Bachelors of Science in Psychology. He also received an MBA with specialization in Human Resource Management from the same University. A C. E. Otakpor is currently a PhD candidate in Public Health with specialization in Epidemiology at Capella University. He has written numerous screenplays for both Hollywood & Nollywood. He has also edited and reviewed several publications and articles such as the “O” series, “Xpressive Journals by R.E.O” and “Man of the Year”Editorial among others.

A C. E. Otakpor is an advocate for peace and economic stability in countries battling with poverty and malnutrition. He has a passion for poetry. He loves to give hope to the less privileged. A C. E. Otakpor is a supporter of education, and education empowerment worldwide. He is also a mentor to Inspired Youths in the Middle East & Africa. When this extraordinary and compassionate author is not writing or changing the world, he spends his free time with family, coaching soccer, reading, travelling, and watching soccer.

You have subscribed to alerts for A. C. E. Otakpor.

Would you like to favorite A. C. E. Otakpor?

You have been added to A. C. E. Otakpor's favorite list.

You can also sign-up to receive email notifications whenever A. C. E. Otakpor releases a new book.