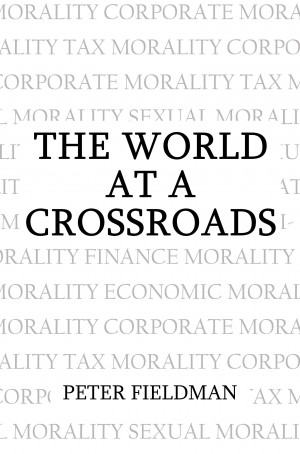 Peter Fieldman was born in North London in 1943. Having worked in international real estate and as a NUJ writer, he has travelled widely. His involvement in the world of politics, business and the media has enabled him to acquire a considerable knowledge of European and international affairs and an understanding of different cultures and languages. Growing up during the "Trente Glorieuses" he has experienced the good times as well as economic and political crisis.
After a grammar school education he took a gap year working in a factory in France's Dordogne region to improve his knowledge of French as well as appreciate the delights of French food and wine. He then spent nine months in the United States; an adventure, which began dramatically arriving the day after President Kennedy's assassination in November 1963. On his return to Europe an interest in bullfighting led to several visits to Spain during Franco's regime, following Hemingway's footsteps in Pamplona and Madrid.
He began a career in advertising, journalism and public relations in London but having fallen in love with France at an early age seized the opportunity to work in Paris and found himself on the left bank in May 1968 witnessing the student uprising and the last years of Charles de Gaulle's presidency, as well as meeting his future Italian wife.
Alternating between London and Paris as well as writing he discovered an interest in real estate which led to a change of career and he found himself at the forefront of the British expansion across Europe investing and developing offices and shopping centres for an international real estate company.
As a committed European he became involved in politics joining the Liberal party and standing as a candidate in Kensington council elections. He also took a backseat role in his wife's London restaurant looking after the wine list.
During this period he and his wife purchased a property in Sussex, from where they often took friends to Battle Abbey and made numerous trips across the Channel to the Somme and Normandy to research the two world wars and especially the Norman invasion of England.
In 1988 with his wife and two sons he finally said goodbye to England and returned to France acquiring a property in Paris and close to the Mediterranean coast near Aix en Provence. Although pursuing an interest in real estate, as a member of the NUJ he regularly contributed articles on European topics, and also began to write screenplays, a blog and take a serious interest in photography. In 2003 he and his wife spent a sabbatical year in Spain to study at the Universidad Complutense in Madrid joining one of their sons who had moved to the Spanish capital and started a family with his Spanish wife. Their other son spends his time between London and Beijing. After more than two years of research the historical novel, 1066 The Conquest, was published in London. However despite two visits to the Cannes Film Festival his screenplay based on the book has yet to be taken up by a production company.
Although Peter and his wife still retain the villa near Aix en Provence they travel overseas extensively and divide their time between Paris, Madrid and his wife's home city, Florence, enabling him to pursue a passionate interest in history, geo-politics, art, writing, the cinema, music and travel.

You have subscribed to alerts for Peter Fieldman.

You have been added to Peter Fieldman's favorite list.

You can also sign-up to receive email notifications whenever Peter Fieldman releases a new book.