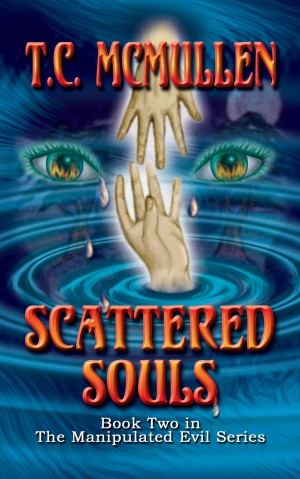 T.C. McMullen first pleased her fans in 2002 with the surprisingly "clean" yet suspenseful psychological thriller, Whispers of Insanity. It focused on the characters more than blood or gore. Gone Before Dawn, inspired by her local area, thrilled even more readers, but it was The Manipulated Evil Trilogy with the intricate plot and her strong female warrior Ravyn that gained attention from readers from Washington to Maine, Pennsylvania to Idaho and even across the globe to the UK and Australia.

Since then, T.C. has written more novels, all with tales full of deep characters. Despite being an independent author, her work is anything but half-rate. A perfectionist at heart, she has studied the craft of writing as well as art since she graduated high school in 1990.

She enjoys research into the myths of ancient cultures and draws much of her inspiration from the stories. Not usually a fan of fantasy because she prefers faster paced stories than most fantasy, she nevertheless found herself pulled into the realm of the genre with her own work. Although she has written about dragons and other familiar mythical creatures, she always strives to add a unique twist either to the character or to the race or setting.

You have subscribed to alerts for T.C. McMullen.

You have been added to T.C. McMullen's favorite list.

You can also sign-up to receive email notifications whenever T.C. McMullen releases a new book.