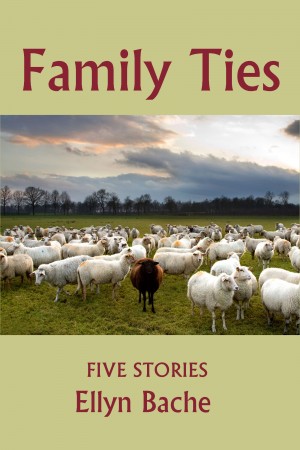 By Ellyn Bache
In these five vivid, unsettling tales, Bache has created flawed characters who might be related to any of us. They are the family black sheep you helplessly love or hate — here so finely drawn you will never forget them.

Ellyn Bache's fiction has appeared in dozens of commercial and literary magazines, ranging from Shenandoah and Ascent to Seventeen and Good Housekeeping; been collected in a book (The Value of Kindness) that won the Willa Cather Fiction Prize; and been a finalist for the Flannery O’Connor Award in short fiction. She has also written nine novels. One of them, Safe Passage, was made into a film starring Susan Sarandon, and another, The Art of Saying Goodbye (William Morrow, 2011), was an “Okra Pick” from the Southern Independent Booksellers Alliance (SIBA), and a SIBA Book Award nominee.

You have subscribed to alerts for Ellyn Bache.

You have been added to Ellyn Bache's favorite list.

You can also sign-up to receive email notifications whenever Ellyn Bache releases a new book.