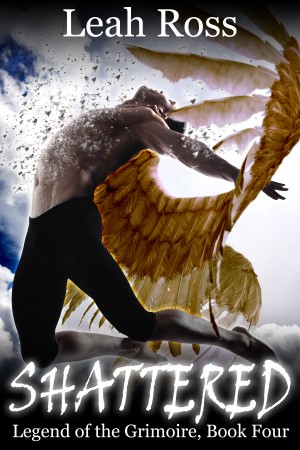 Jonathan is caught between duty and emotion. Between obligation to his captain and the truth of his heart. What he decides will determine everyone’s path to the future.

He’s not the only one with grave consequences to consider. The choices made will judge who is spared and who falls shattered.

About the Series: Legend of the Grimoire

Follow the epic adventure of the Annali pirate ship Aeon Grimoire as her captain and crew battle treachery, otherworldly forces, malevolent magic, their own demons, and the vagaries of fate and love in their pursuit of immortality and eternal glory. Every limit will be tested. Every enemy will be out for blood. Every single rule will be broken.

Whether the wind is at their backs or lashing at their faces, the ambition and determination of the crew members of the Aeon Grimoire is steadfast, weatherproof. Their passion unites them in their quest and their loyalty to each other will see them through the rough waters ahead. Only through courage and perseverance will they find success. They better hope that death doesn’t find them first.

Also in Series: Legend of the Grimoire

Reviews of Shattered: Legend of the Grimoire, Book Four by Leah Ross