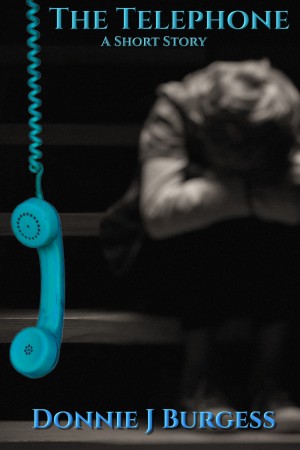 By Donnie J Burgess
Rated 4.67/5 based on 3 reviews
Oftentimes, memories and emotions are stirred by the simplest things. A single smell, sound or image, while bearing no special importance to most, may hold a lifetime of pain and regret for another. For one man, The Telephone links past to present and life to death.
Download: epub mobi (Kindle) Online Reader
Price: Free! USD
Add to Library
Create Widget
Tags: spousal abuse abuse child teen and adult revenge against parent
About Donnie J Burgess

Donnie J Burgess was born in Roseburg, Oregon in 1974. He released his first novel, 'In the Shadow of Angels', in March 2015. This thriller has been well received, earning a 5 star ranking from Reader's Favorite and maintaining 4.8/5 ranking on both Amazon and on Goodreads. His second release, 'Good Intentions' -part one of the 'Brian's Secret' story line- is scheduled for release on 11/17/2015. Burgess is currently working on parts two and three of the Brian's Secret story line, as well as the supernatural thriller, 'Through the Eyes of Mister Bearsley'.

Reviews of The Telephone by Donnie J Burgess

Some of the details of the narrators childhood are oddly specific, which makes me wonder how much of this is story and how much is autobiographical. I would have liked it to be longer and more detailed, but it is a well-written for a short story.

Really really well written story. Psychological aspect of the story seems to be probable and that's why it's a meaning thing to read.

Well-written and enjoyable, this is a good choice if you're looking for a good, short read.

You have subscribed to alerts for Donnie J Burgess.

You have been added to Donnie J Burgess's favorite list.

You can also sign-up to receive email notifications whenever Donnie J Burgess releases a new book.