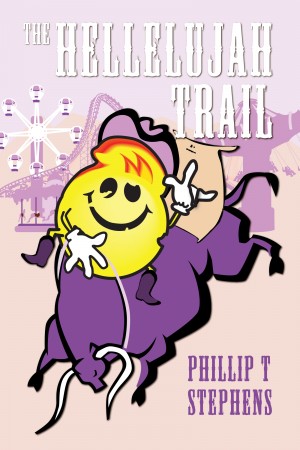 During my freshman year in high school, the principal called me into his office and said, "I hear you're hanging out with left-leaning radicals looking to undermine my authority and the authority of the teachers and the school." Now anyone who knew me, also knew I was the Baptist preacher's kid and I may have been a smart-ass but this was San Marcos, Texas in 1968. Shit kicker country. A town where we woke up to the sound of roosters and aroma of the stockyards. I wouldn't know a leftist from a hash pipe.

I said, "Not really, but if you'll point me to them, I'll be glad to join." Principals have no since of humor and so he took me at my word. He failed to point me toward any leftist companions, but he did assume I wished their association. Nor would I dissuade him of his delusion, for I discovered in that moment the safety of hiding behind false assumptions rather than emerging into the light.

You see, my parents, staunch fundamentalists (my father a Baptist minister and my mother a Presbyterian who married a Baptist minister) believed aliens were the devil's deception, like fossils and evolution. What a wonderfully cruel joke the aliens played on them when they left me on their doorstep on Christmas Eve.

Alien babies can't be distinguished from humans. My parents had difficulties adjusting to alien adolescence, but they preferred it to demon possession. Nonetheless, the many hours I spent writing human dialogue in an attempt to master human role playing evolved into fiction and made me the writer I am today. I'm still an embarrassment to my parents, but an adopted alien fiction writer is no less an embarrassment than any other fiction writer who can't get a real job.

(Phillip and his wife Carol rescue and foster Alien-Siamese hybrids in Austin, Texas hoping to rehome them, implant free, before the invasion. You can find many warm loving hybrids, indistinguishable from earhling kitties at austinsiameserescue.org.)

You have subscribed to alerts for Phillip T Stephens.

You have been added to Phillip T Stephens's favorite list.

You can also sign-up to receive email notifications whenever Phillip T Stephens releases a new book.