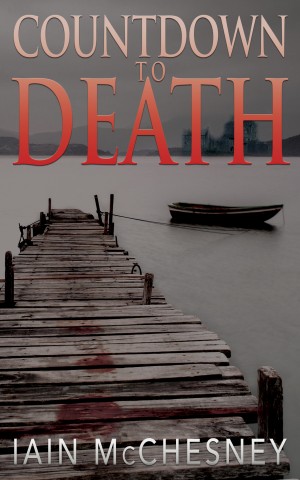 Stranded on Lord Black's wondrous estate, the disparate guests have more in common than they first realize.

Accused in a mysterious letter of having committed crimes in their past, one by one they are hunted down. But who is the killer? Will any of them live to find out?

A modern retelling of the Agatha Christie classic--with a shocking twist.

Born and raised in Scotland, Iain is a writer of classic mysteries.

The World Wars left Iain’s family with generations of widows. As a result, he has always been interested in the tangible effects of history on family dynamics and in the power of narrative to awaken those long dead. For his debut novel "Murder at Malenfer," he drew on childhood reminiscences and verbal family history to create the characters who populate Malenfer Manor—though he hastens to add that his family had barely a penny, far less a manor, and any ghosts dwell only in memory.

His second novel, "Countdown to Death," is a modern retelling of an Agatha Christie classic--with a shocking twist.

He lives in Vancouver, Canada, with his wife and two children.

You have subscribed to alerts for Iain McChesney.

You have been added to Iain McChesney's favorite list.

You can also sign-up to receive email notifications whenever Iain McChesney releases a new book.