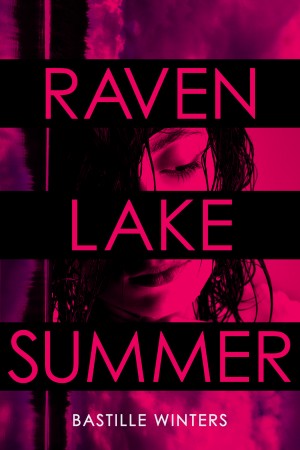 Rejoice "Joi" Barnes and her husband Graham return to her childhood home, Raven Lake, for a summer free of responsibilities. Little do they know that Joi's childhood heartthrob, Nit, lives next door once again - and that a boyfriend is just what they need for the best summer ever. More
You can't go back to being a kid again. But for Rejoice "Joi" Barnes, it's enough to take three months off with her beloved husband Graham and spend them at her childhood home, Raven Lake. It's going to be a summer without responsibilities: High school-level flirting over lavish breakfasts. Late, sleepy mornings tangled in the sheets and one another. Skinny dipping in the moonlit lake.

Unbeknownst to her, Joi's childhood best friend and heartthrob Niteesh Miah - Nit, for short - lives next door once again. The last time Joi saw Nit, she was Rejoice Lomeli, seventeen and too shy to kiss the cute neighbor boy. Now, the sight of his lean body tanning on his lawn reawakens her youthful desires.

Luckily, the Barnes marriage is an open one, provided everyone clicks and communicates; Joi and Graham have even had a couple of girlfriends together. Certain the men will get along, Joi plans to introduce Graham and Nit as soon as she can - but she's got a feeling she'll want more than double trouble for just one night.

Bastille Winters was born and raised in the Pacific Northwest. She is green and grey through and through, fond of foul weather, fantastical fiction, and mountain air. She is a jackass of all trades: she writes, photodocuments, cooks, draws, composes, designs, reads, reviews, and dances.

She lives with her other half and a handsome husky fella. Most of her earliest works were fantasy and science fiction fan-fiction in her formative years, so the same elements often appear (without warning or summoning) in her more mature works: epic conquests, hard-won battles, and wishes come true. Plus a lot of fish-out-of-water plots.

She participates in NaNoWriMo as often as she can and occasionally publishes short bursts of fiction online. She plans to continue writing as much erotica as she has time for, because there's never enough sex in the world.

You have subscribed to alerts for Bastille Winters.

You have been added to Bastille Winters's favorite list.

You can also sign-up to receive email notifications whenever Bastille Winters releases a new book.