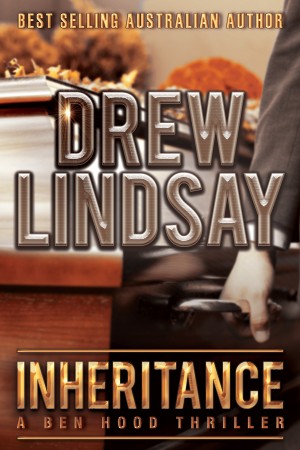 Drew is a PADI Divemaster and holds a private pilot's license. He has a great love of entertaining others with his vivid imagination. His novels allow the reader to escape into worlds of romance, excitement, humour and fast paced adventure. Drew lives in northern New South Wales with his wife.

Reviews of Inheritance by Drew Lindsay

Ben inherits a property on the south coast NSW from an Aunt he has hardly spoken to in many year as he believed she disapproved of him and his police and VIP protection profile but things are not what they seem and it doesn't take long for things to turn nasty as an autopsy proves she was murdered and the neighbors are not all they seem.
Which leaves Ben fighting for his life.