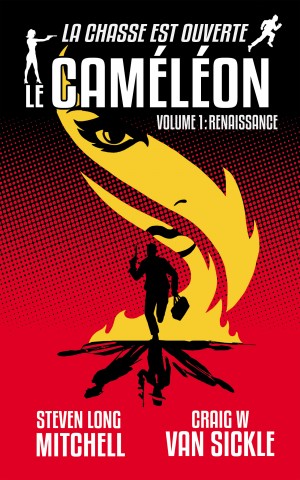 Steve Mitchell and Craig Van Sickle have written, produced and/or directed over two hundred hours of prime network programming including such series as Alien Nation, Murder She Wrote, Medical Investigation, 24 and NCIS. From situation comedy to drama, comic books to mystery, science fiction to action-adventure, their career has covered a broad imaginative spectrum. Together they have also created numerous television series, most notably, NBC's The Pretender on which they served as Executive Producers for its entire five-year run of episodes as well as a series of two-hour movies.
In addition to series television Mitchell and Van Sickle have also written and produced numerous long form productions -- both mini series and MOW's as well as feature films.
In 2008 they were nominated for an Emmy Award for Outstanding Mini-Series as the Writers/Executive Producers on Syfy Channel's, TinMan, an updated reimagining of The Wizard of Oz that, in addition to its critical acclaim, has broken ratings records both domestically and internationally.
In October of 2013 the team released their first novel, The Pretender-Rebirth and have just released the second novel in the series, The Pretender - Saving Luke, available now.
Both reside with their families in the Los Angeles area and can be contacted through their web site, ThePretenderLives.com.

You have subscribed to alerts for Craig Van Sickle.

You have been added to Craig Van Sickle's favorite list.

You can also sign-up to receive email notifications whenever Craig Van Sickle releases a new book.